Last year, Intel and AMD made its collaboration official, with plans to launch a new laptop chip packing an Intel CPU and an RX Vega M graphics chip. Now with CES kicking off this week, the company has revealed more official details, revealing specific specs for all five G-series processors.

While these are technically 8th Gen Core processors, they do not use the Coffee Lake architecture that launched in October. Instead, these processors will pack a 14nm+ Kaby Lake CPU, fused with Radeon graphics. These processors will appear in compact systems, laptops and devices like the Intel NUC throughout the year. 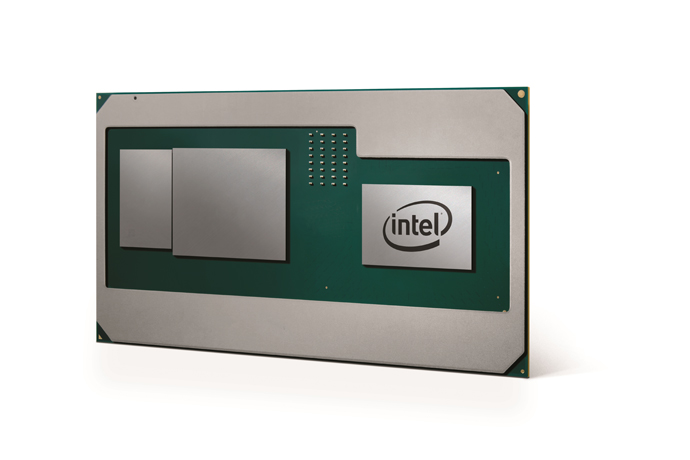 Here is the full spec sheet:

There are a few other key details. All of these chips will support DDR4-2400 memory. GPU bandwidth for the RX Vega M GH is 204.8 GB/s whereas bandwidth on the RX Vega M GL is 179.2 GB/s. The HBM2 clock speed on Vega M GH is 1.6 Gbps while the GL version has its HBM2 clocked at 1.4 Gbps. The top of the range i7-8809G can have its HBM2 overclocked as well as the GPU core, the rest will have locked clock speeds.

All of the i7 G-series processors come with 8MB of L3 cache, the Core i5 variant has 6MB. Finally, TDP for the i7-8809G and i7-8706G is 100W, while the rest of the processors have a TDP of 65W. The Radeon GPUs found on these processors will be supported by Intel, though you will need to install the Radeon graphics drivers from AMD.

According to Intel's presentation, an i7-8809G and i7-8709G should be 1.07 to 1.13 times faster than a current generation GTX 1060 Max-Q laptop. These chips should also be able to offer up to 9.3 hours of battery life, as long as nothing too intensive is running.

KitGuru Says: We'll be looking forward to seeing these processors out in the wild over the course of this year. It will make for some interesting benchmarks/comparisons, with Ryzen Mobile, Nvidia Max-Q and G-series i7s all competing.