Kingpin has managed to overclock the GTX 1080Ti beyond 3GHz, sets new record

If you thought last week's record setting GTX 1080Ti 2.5GHz overclock was impressive, then prepare to be blown away as now, extreme overclocker ‘Kingpin' has managed to push Nvidia's latest flagship gaming card past the 3GHz barrier. This sets a new record for the highest frequency achieved on a graphics card. This title was previously held by a GTX 1060 clocked at 3012MHz.

Just last week, Vince ‘Kingpin' Lucido was able to set a new 3DMark Time Spy record using a GTX 1080Ti clocked at 2.5GHz with LN2 cooling. Since then, he has been using an EVGA GTX 1080Ti and after putting it under liquid nitrogen, he was able to push it up to 3024MHz on the core. 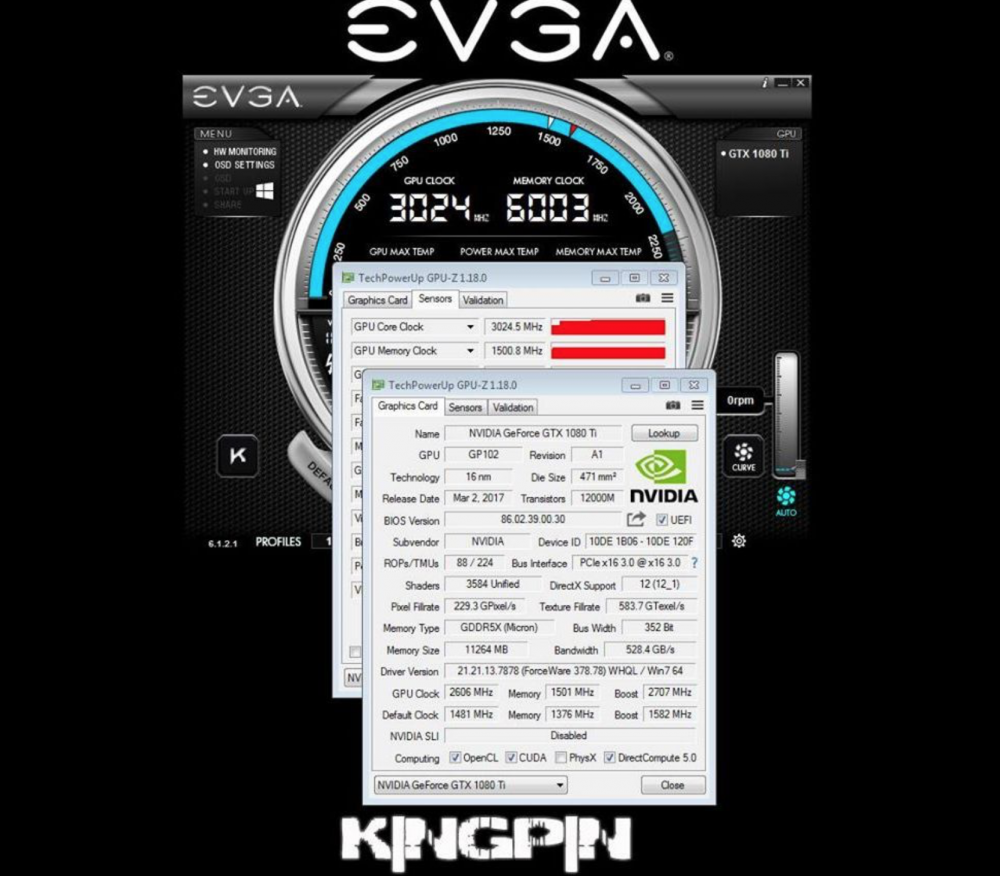 The image above was shared over on the EVGA Facebook page, showing the 3024MHz core clock and 6003MHz memory clock achieved using the company's own Precision X software. We don't have benchmark results with this overclock in place just yet but hopefully it can remain stable enough to get some numbers.

KitGuru Says: It seems that the GTX 1080TI is really being put to work by professional overclockers. I'd be interested to see some benchmark results with the card running at such a high frequency.