It looks like the GTX 1080Ti is already being used to set new world records as this week, professional overclocker ‘Kingpin' was able to push the card as far as 2.5GHz. This insane overclock was then benchmarked, setting a new world record score in 3DMark.

As a competitive overclocker, Kingpin was using LN2 for cooling purposes, which is how he managed to get a 2.481GHz overclock on the GTX 1080Ti core. This base clock would then boost past the 2.5GHz mark at points during testing. He also went ahead and pushed the 11GB of GDDR5X memory as far as it would go, pushing past the 11GHz (effective) speed to 12.5GHz. 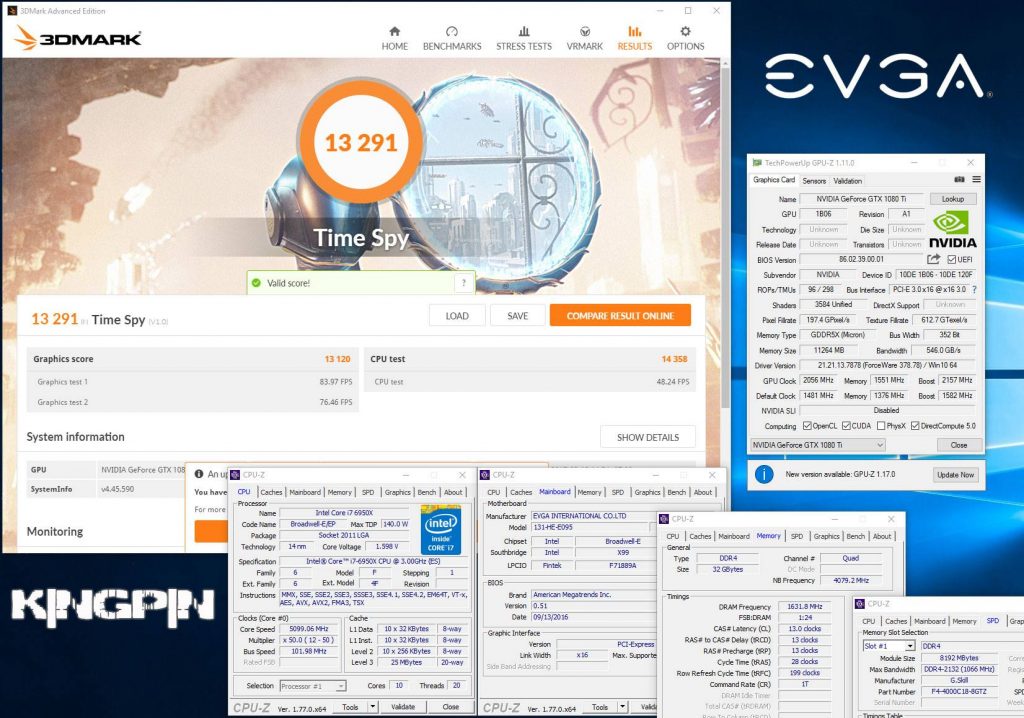 This was achieved on one of Nvidia's Founders Edition reference GPUs, rather than a custom board from an AiB, so there was nothing embedded into the card's design to help push these overclocks outside of additional cooling. With this overclock, the GTX 1080Ti has a pixel fill rate of 197.4 GPixel/s and a texture fill rate of 612.7 GTexel/s.

As for the actual 3DMark record, this GTX 1080Ti was run through the Time Spy benchmark, scoring 13,291 points overall. This was achieved on an X99 system featuring an EVGA motherboard, Intel 6950x at 5.1GHz and 32GB of 3000MHz RAM. In all, this broke the previous record, which was achieved using a Titan X, scoring 12,548 points with a 2.3GHz overclock on the core.

KitGuru Says: While most people won't be using LN2 with their GPUs, this does go to show that the latest and greatest in Pascal's lineup can come with some hefty overclocking headroom for enthusiasts. It will be interesting to see what people can achieve once custom boards start coming out.

Previous Roccat Cross Gaming Headset Review
Next Microsoft locks Ryzen and Kaby Lake users out of updates on Windows 7 and 8.1