MSI GTX 1080Ti Gaming X is on the way, out of the box clock speeds unveiled

Earlier this month, MSI officially began teasing its GTX 1080Ti Gaming X graphics card. This was one of the first custom GTX 1080Ti boards we saw announced and while it won't begin shipping until April, we do know some additional details, like out of the box overclock speeds.

The MSI GTX 1080Ti Gaming X will continue to use the Twin Frozr VI cooler, so we can expect the same quiet but high performing fans. Also similarly to the GTX 1080, this Gaming X card will ship with three clock speed profiles which will be accessible by the MSI Gaming app. 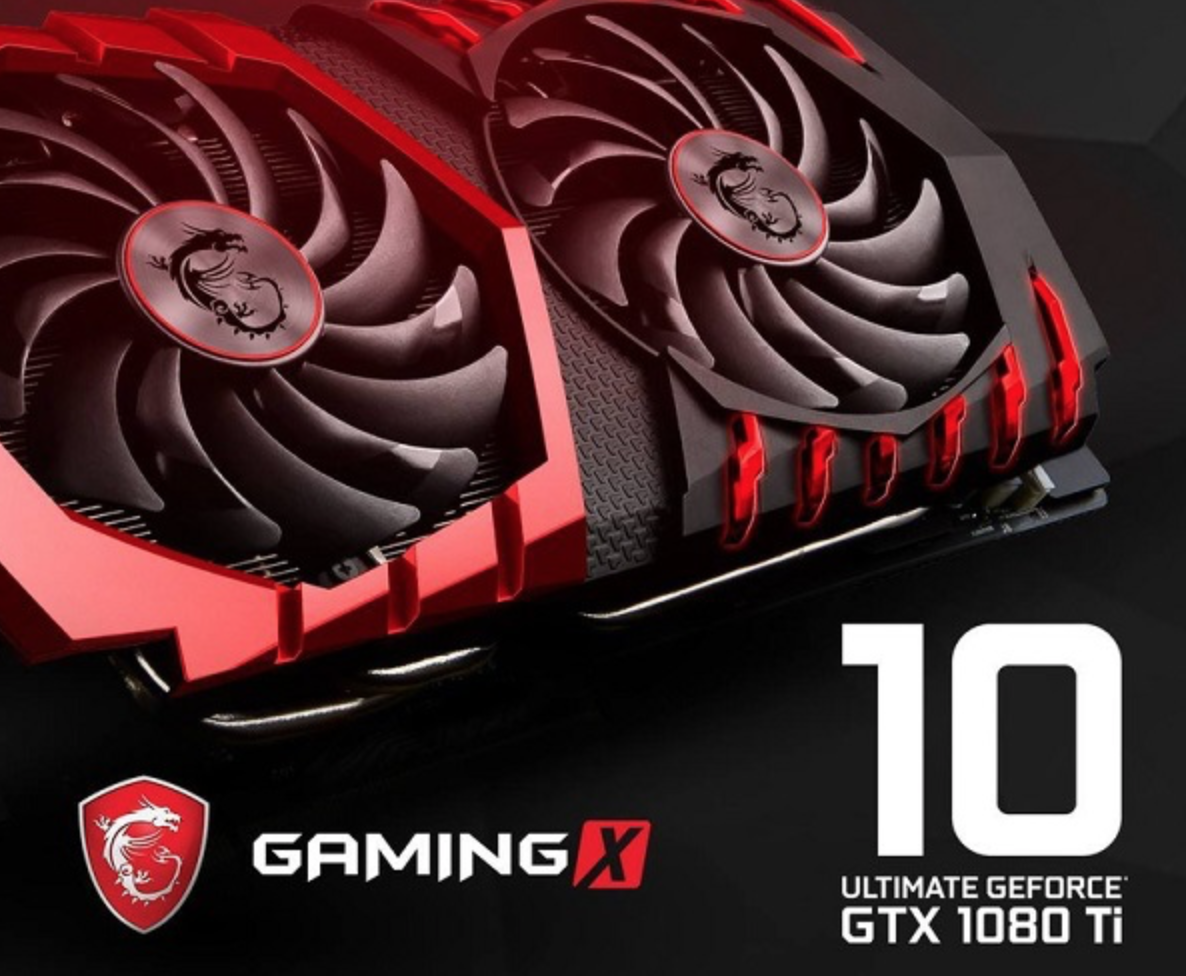 In OC Mode, you will get a 1569MHz base clock with a 1683MHz boost speed. However, in the standard Gaming Mode, clocks are brought down to 1544MHz on the base and 1657MHz on the boost to strike a balance between performance and quiet operation.

If you are willing to give up some performance for even quieter operation, then there is also a silent mode, which is clocked at 1480MHz on the base and 1582MHz on the boost.

One additional improvement coming to the GTX 1080Ti Gaming X will be brighter red LEDs around the second fan. On the GTX 1080 Gaming X, these LEDs were fairly dim even on the brightest setting, so it is good to see this addressed with the Ti.

KitGuru Says: Custom GTX 1080Tis are on the way, so it's an exciting time for those looking to upgrade their graphics card. Are any of you waiting on custom GTX 1080Tis before making the upgrade? Are you thinking of going with MSI, or one of the other AiBs?