The RTX 2080Ti Lightning Z changes things up in a number of ways compared to the previous GTX 1080Ti Lightning card. For starters, the heatsink appears to be a bit slimmer this time around. The new Tri-Frozr design uses three TORX 3.0 fans, which provide concentrated, high pressure air flow while also reducing noise. The heatsink uses two larger 8mm heatpipes in conjunction with six 6mm heatpipes to disperse heat as quickly as possible. The backplate on the RTX 2080Ti Lightning Z also has its own heatpipe and thermal pads. 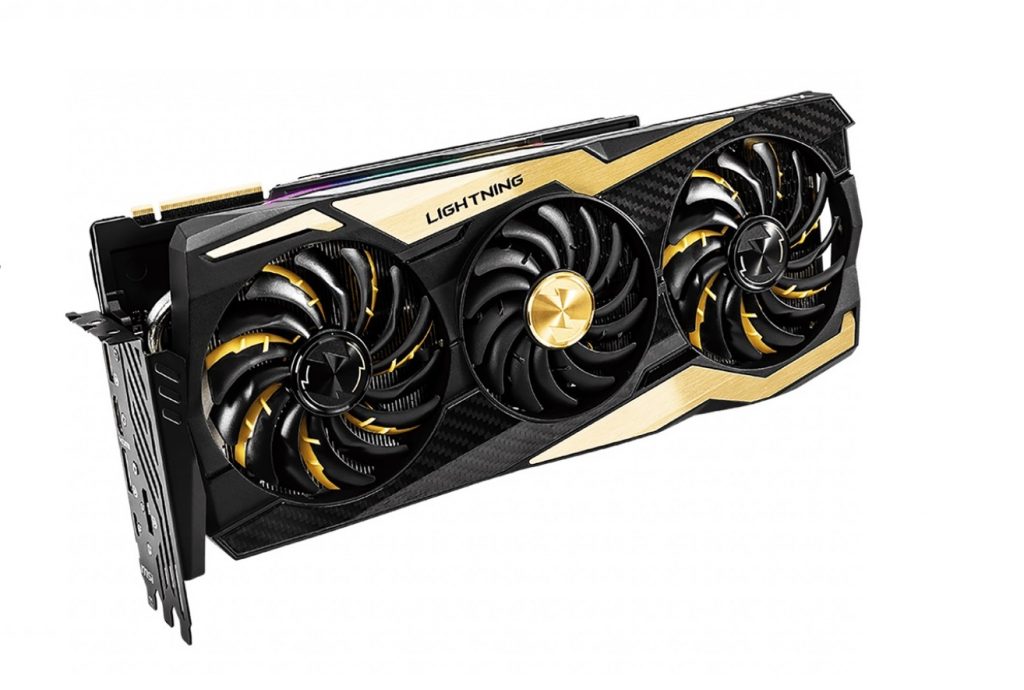 Visually, the new design is distinctly different to what we saw on the GTX 1080Ti Lightning card. There is a carbon fibre design going all around from the front to the backplate and the silver highlights are now gold once again. There is still plenty of RGB to be found for colour customisation though, with the fans, backplate and side of the card all containing RGB lighting. Speaking of, MSI has also implemented an OLED display into the side of the graphics card this time around, which can display real-time information like temperatures, clock speeds, fan speeds etc. 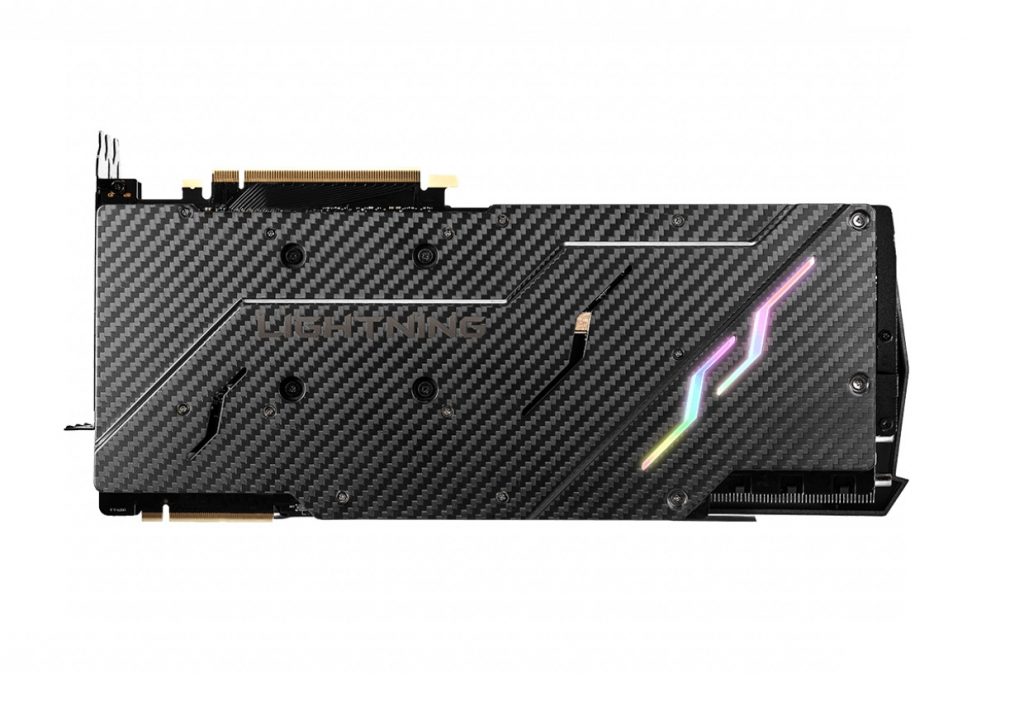 As you would expect from a Lightning card, this one is built with extreme overclocking in mind. There is a dual BIOS set up, one for regular use and another those who like to push the limits with LN2. An enhanced power design is also in place, with 16 phases for the GPU and 3 phases for Memory- as expected, you will need three 8-pin power connectors for this card.

MSI has its own OC kits available, which can plug directly into the card to measure GPU, memory and PLL voltages in real-time, You can also use ‘Quadruple Overvoltage' to overvolt components to push higher clock speeds.

Out of the box before any manual overclocking, you can expect the MSI RTX 2080Ti Lightning Z to reach a boost speed of 1770MHz, which is 135MHz faster than the Founder's Edition.

The MSI RTX 2080Ti Lightning Z is expected to begin shipping later this month, although we don't have confirmed pricing just yet but I would expect it to land in the £1400-£1500 range.

KitGuru Says: MSI's Lightning graphics cards have always been top tier, so it will be interesting to see the new version and put it through its paces.

Previous Rogue One: A Star Wars Story writer blasts EA’s mismanagement of the series
Next Google’s Deepmind AI will take on StarCraft 2 tomorrow