Just recently, we began hearing whispers about a potential RX 490 again after months of silence. While at the time these rumours didn't seem so credible, we have since come across a mysterious, previously unseen GPU in a benchmark database listing, showing an unnamed AMD card matching the GTX 1080 in terms of in-game performance.

GPU ID 687F:C1 has been spotted on the Ashes of Singularity benchmark database, hitting an average of 85 frames per second using ‘standard' level graphics settings at 1080p. The exact benchmark score was 8400, which sits in a similar range to several GTX 1080 results though it is worth pointing out that there are some outliers in this range of results, with a mobile R9 200 series popping up with a similar score, alongside a couple of GTX 1070s. 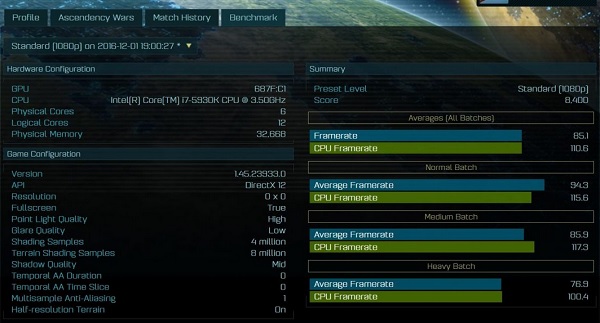 This new device ID has not been seen before within AMD's graphics stack, so this is definitely a new card and it does not appear to be a dual-GPU solution like previously theorised, so this could potentially be Vega 10, though that is also very speculative. Curiously, the benchmark listing has disappeared from the Ashes database too after being spotted.

If previous rumours are accurate, then this GPU may be the RX 490, though that name could very well change. If this does turn out to be a Vega GPU, then perhaps it will be released as part of a new Fury line-up instead. Either way, it seems to be a higher-end card aimed to compete against Nvidia's top contenders.

KitGuru Says: It is nice to see something more substantial leak out after the shaky rumours we heard about a few weeks ago. However, we still don't have much to go on. Someone is making moves over at AMD though and it is only a matter of time before more information surfaces.