We weren't expecting any Nvidia GPU announcements to hit our inbox for another week but today we got a surprise addition to the GeForce mobile GPU line-up. Today, Nvidia has announced the GeForce MX450.

It might not be a next-gen RTX GPU, but the MX 450 includes support for PCI Express 4.0 and GDDR6 graphics memory. It also supports the latest graphics APIs and Nvidia technologies like NVIDIA Optimus for more efficient GPU usage on laptops and GPU Boost for enhanced clock speeds. 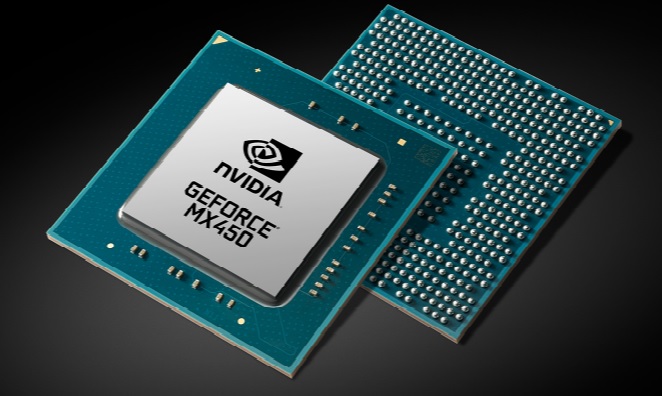 The current spec sheet leaves some key details out though. We don't know the base or boost clock speeds, how many CUDA cores are included, or even what architecture the MX 450 is based on. The official specs page for the GPU is currently void of any mention of Pascal, Turing or Ampere, let alone other technical details outside of memory interface and other supported technologies.

At the moment, Nvidia says that the GeForce MX450 will be available from laptop OEM partners starting in October. Currently, we are expecting to also see other, higher-end GeForce GPUs launching in a similar time frame.

KitGuru Says: The most interesting part about this at the moment is the October date, which could perhaps be a hint as to when to expect other new GeForce GPUs. Hopefully some of the more exciting stuff will be unveiled during the GeForce Special Event on the 1st of September.