Nvidia’s Maxwell architecture is going mobile as the company has officially announced the launch of its GTX 980M and GTX 970M laptop graphics chips. According to Nvidia, these mobile GPU variants will be around 75 per cent as powerful as their desktop counterparts, delivering enough performance to game at resolutions beyond 1080p at high image quality settings. 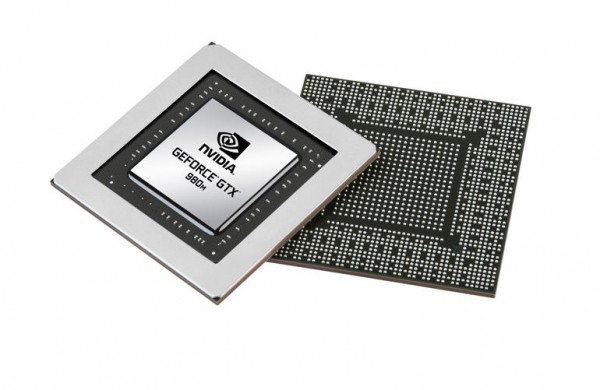 These new mobile GPUs are currently making their way into upcoming gaming laptops, which means we should be able to see reviews and benchmarks soon. We already know that the Maxwell architecture is incredibly power efficient, making it a good fit for portable devices.

The GTX 980M and 970M will support current GeForce technologies, such as battery boost, GPU boost 2.0, SLI and Physx. Nvidia’s battery boost technology didn’t perform particularly well in notebooks based on the Kepler architecture but with Maxwell’s vastly improved power efficiency, it could turn in to a very useful feature.

KitGuru Says: It will be interesting to see if Nvidia’s new notebook GPUs will actually be around 75 per cent as powerful as their desktop counterparts. Additionally, Nvidia is claiming that the 900M series chips will offer double performance per watt VS the 800M series. How many of you guys primarily use a powerful laptop for gaming? Are you looking to upgrade?