Right now current rumours are pointing towards Nvidia launching the GTX 1060 very soon. We have seen some leaked images, we've had a look at some leaked specifications and now some benchmark results have also appeared on the web, giving us an early idea of how this GPU performs.

The GTX 1060 is currently expected to launch with the GP106 chip, with a base core clock of 1506MHz and a boost clock of 1708MHz, along with 6GB of GDDR5 memory and a 120W TDP. In terms of raw performance, according to some leaked Firestrike benchmarks, the GTX 1060 will have a slight edge over a stock RX 480. 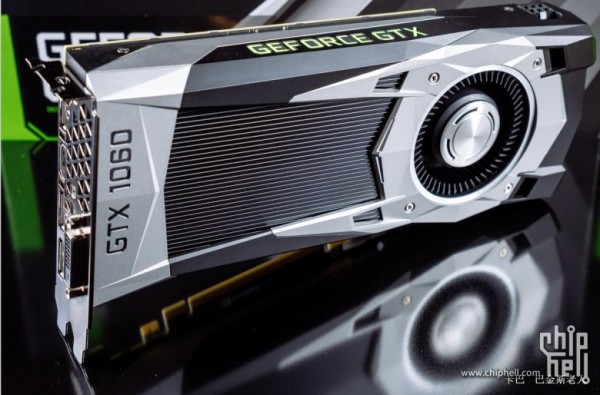 In our review for the AMD RX 480, the card scored 10,537 points in the default Firestrike test at its base 1266MHz core clock. The leaked benchmark results posted by Chinese site Xfastest (via Videocardz), show that the GTX 1060 scoring 11,225 points in this test. Bumping things up to Firestrike Ultra (4K), the RX 480 scored 2718 points overall in our review, while these leaked results show the GTX 1060 scoring 3014 points.

Previous reports have pointed to the GTX 1060 launching on the 7th of July, so perhaps we will see some reviews at some point in the next week or so.

KitGuru Says: It looks like the mid-range GPU market is going to have some competition soon, assuming the leaks have been accurate. Do keep in mind that while these early results are interesting to look at, it is usually best to wait for proper reviews before making any final judgements.