Shortly after the launch of AMD’s most recent R9 GPU’s, retail prices went through the roof thanks to demand from digital currency miners. However, prices are currently back to normal and AMD is promising stability from now on, which will be good news to those looking to build a new system.

The news was delivered to Forbes, which explained that while AMD didn’t directly blame the inflation on digital currency mining, the company does acknowledge that its performance lead was somewhat cancelled out due to the rarity of AMD cards in some areas as well as the price. 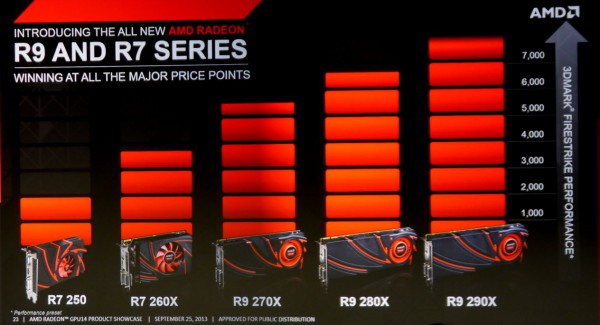 Over the last six months, AMD cards have often been around 15-30 per cent higher than the suggested retail price, that said, mining hasn’t affected the price of newer cards here in the UK much. However, some retailers have continued to stock the much older 7950 and 7970 cards at pretty high prices.

Recent tax changes, amongst other factors, has made it far less lucrative for miners to gain crypto currency, which in turn has reduced the amount of miners buying cards in bulk and inflating the price. AMD has told Forbes that it will be keeping its prices stable from now on.

Update: For those that weren’t aware, AMD cards have been a popular choice amongst crypto currency miners, causing many mining enthusiasts to buy R9 series cards in bulk, depleting the stock for gamers and inflating the price. For example, in the US, the R9 290x launched at around $500 USD, a couple of months later the price had inflated to $900- this was due to the amount of miners buying cards in bulk. The mining craze didn’t affect the UK market much but it was a big problem in the US and some other territories.

KitGuru Says: The mining craze did make it quite difficult for some to buy AMD GPU’s but things seem to be settling down now. Hopefully the market can remain stable over the next few months and those that were hoping to upgrade their rigs, can do so at a fair price.