Rumour claims Nvidia may stick with 16nm for Volta

Now that Pascal is out in the open, the rumour mill has turned its attention to Nvidia’s next currently planned architecture on the roadmap, known as Volta. According to a report, Nvidia may be planning to stick with the same 16nm process used for Pascal for its next architecture jump.

Right now, we don’t know much about the Volta architecture, aside from the fact that it is set to launch sometime after Pascal and that it will introduce Stacked DRAM. However, according to a source speaking with Fudzilla, Volta GPUs will be using the 16nm FinFET process, rather than making a generational leap. At the same time, AMD is also said to be sticking to its current 14nm process for Vega. 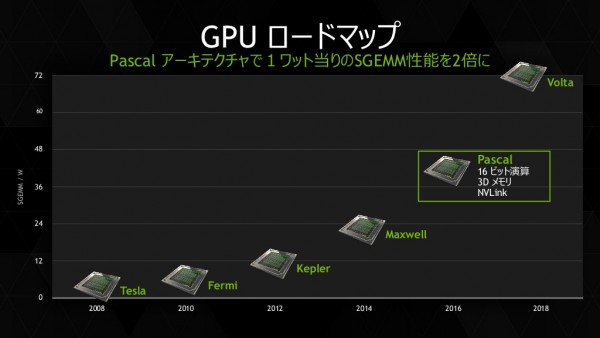 This means that the jump to 10nm will be coming in a future architecture after Volta’s release. Volta will apparently bring along a significant increase in performance per watt too, which will be needed for Nvidia to keep making the most out of the 16nm process.

These are all very early rumours for now and since we don’t know the inside source of this information, we can’t independently verify any of it so as always, don’t consider any of this to be fact for now.

KitGuru Says: We are still quite a while away from publicly seeing the Volta architecture but still, these early rumours are still pretty interesting to follow.