Hauppauge aren’t really known for stunning, eye catching artwork and this product doesn’t break the trend. There is a nice image of the HD PVR Gaming Edition bottom right with an overview of the product next to it.

The bundle is extensive with with a specially created Xbox 360/Playstation 3 video cable which connects directly to both consoles and then into the HD PVR Gaming Edition unit. There is also a USB cable for connection to a computer. Additionally there is a small instruction manual, software/driver disc and power adapter.

Hauppauge supply a multi platform cable which features connectors for both Microsoft and Sony consoles. Due to encryption regulations, you are unable to use the HDMI port.

This cable ends in a series of component and audio cables which are fed directly into the back of the Hauppauge HD PVR Gaming Edition.

Hauppauge bundle another series of component cables which are used to direct the HD PVR Gaming Edition directly to a television set. This means you can use the product all the time and still view the signal while you are gaming, even if you don’t want to record.

The front of the unit has a power button far left. On the right is a S-VHS and composite, audio connectors to attach additional devices, such as cameras.

Underneath are four raised feet which stop the HD PVR Gaming Edition from slipping on a shiny surface.

The rear of the HD PVR Gaming Edition has two sets of component input and output connectors. The top row of connectors feed a television signal. The bottom row are input connectors from the Xbox 360 and Playstation 3. To the right are optical connectors, a blaster connector and USB connector. At the far right is a power connector.

Connecting the device to a console is as straightforward as we would hope. The images above show the connector on the Playstation 3, then the cables going into the HD PVR Gaming Edition. Finally the thick component cable which connects to the television set. If you are hooking this into a computer and won’t be viewing it directly via a television set, then you just need to use the supplied USB cable. 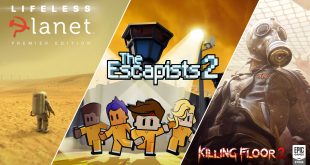