The measurement unit 3DMark is intended to give a normalized mean for comparing different PC hardware configurations (mostly graphics processing units and central processing units), which proponents such as gamers and overclocking enthusiasts assert is indicative of end-user performance capabilities. Between 3DMark99 and 2000, MadOnion created a simpler 3D benchmark, which played only a DirectX 7 demo sequence at 640×480, with no extra tests. It was called XL-R8R and was aimed at providing upgrade information, based on the results of the benchmark.

We used the Extreme settings for testing with a resolution of 1920×1200.

Both overclocked cards show a massive improvement over the reference model. As expected the HD5870 strolls out in front.

Previous Jobs “surreal, but it doesnt mean anything” – win over Microsoft
Next Foxconn damage control: raise pay by 30% 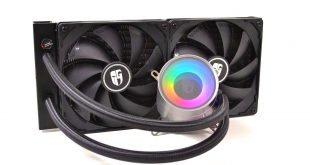