Perhaps, the first-generation SATA Express (SATAe) implementation that relies on the PCI Express 2.0 technology is not truly revolutionary and does not bring a dramatic performance boost compared to Serial ATA-6Gb/s. Nonetheless, SATAe is a part of the future, which is why companies like AMD need to support it in their upcoming platforms. According to a report, AMD has already licensed SATAe-related intellectual property (IP).

In a bid to support SATA Express interconnection technology with its next-generation core-logic sets that are due in 2015, Advanced Micro Devices has reportedly licensed intellectual property from Asmedia, a company co-owned by Asustek Computer, reports DigiTimes web-site. Asmedia has already incorporated SATA Express into some of its chips which will be used by Asus, Asrock and possibly other mainboard makers this year. The proven physical implementation of the SATAe technology licensed from Asmedia will help AMD to save money on research and development, whereas Asmedia will capitalize on its IP.

Since Asmedia’s president is also in charge of Asustek’s component purchasing as well as research and development, the collaboration between AMD and Asmedia may also tighten the relationship between the microprocessor designer and Asustek.

The SATA Express is the next-generation interface for storage devices that is based on PCI Express 2.0 (5GT/s) or PCI Express 3.0 (8GT/s) protocols and which can increase maximum bandwidth to 1GB/s (PCIe 2.0) or 2GB/s (in case of PCIe 3.0). Since modern chipsets only support PCI Express 2.0 (PCIe 3.0 is only supported by microprocessors), at present it is only possible to design a SATAe interconnection with 1GB/s peak bandwidth (in case of consumer motherboards).

Thanks to the licensing deal between AMD and Asmedia, platforms of the former will support SATA Express already next year. This will make the company’s accelerated processing units and central processing units more competitive. 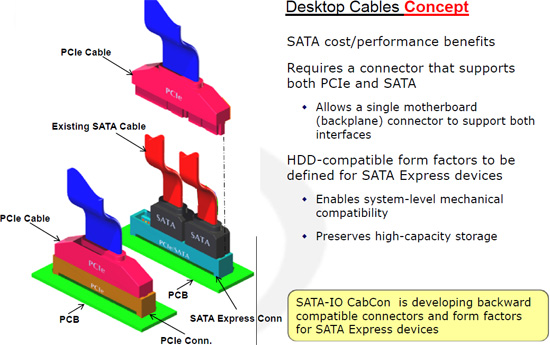 According to unofficial information, this is not the first time when AMD licenses chipset-related technologies from third-party companies.

AMD and Asmedia did not comment on the news-story. Terms and conditions of the licensing deal are not clear.

KitGuru Says: Unlike Intel Corp.’s Z97 and H97 core-logic sets, AMD’s current platforms do not support solid-state drives in M.2 form-factor with 1GB/s bandwidth, which significantly reduces their competitive positions on the market of personal computers for enthusiasts. Assuming that next year AMD’s platforms will support SATAe with PCIe 3.0 protocol, the status quo with Intel (at least when it comes to storage performance) will be restored. 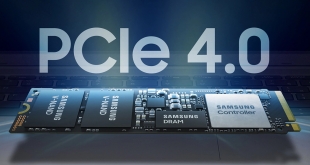