Seagate Technology on Wednesday announced that it has shipped its 10 millionth solid-state hybrid drive. While the number is rather respectable, it just proves that hybrid drives that combine rotating media and large NAND flash cache are not really popular among end-users.

While 10 million of SSHDs that were shipped throughout four years is clearly not a lot, Seagate hopes that going forward demand for such storage solutions will increase. According to IDC, in the recent years the demand for SSHDs did increase significantly.

“Solid state hybrid drives continue to be an economical alternative to pure SSDs for PC users seeking to improve PC system responsiveness. This dynamic is being translated into an industry growth rate exceeding 400% from Seagate’s FY2013 to FY2014,” said Dave Reinsel, IDC’s group vice president for storage and semiconductors. “Seagate is in a strong position to capitalize on this growth given its leadership position and favorable supply chain dynamics.” 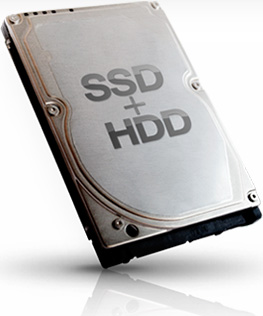 While Seagate remains optimistic about the future of SSHDs, it should be noted that in the coming years the company will significantly increase its investments in pure SSDs now that it has its own controllers for solid-state drives. On the other hand, thanks to its own SSD controller IP, Seagate could also develop ultimate hybrid storage solutions combining NAND flash and rotating media.

“We are seeing growing demand for our SSHDs from the world’s leading PC manufacturers,” said Scott Horn, vice president of global marketing, Seagate. “Hybrid technology is proving to be what we always thought it would be – the ultimate combination of high-performance and capacity needs with the price point that’s right for both budget constrained IT organizations and consumers.”

KitGuru Says: The low popularity of SSHDs so far has been conditioned by multiple factors, including the wrong balance of price, performance and capacity. Once the balance gets better, solid-state hybrid drives could become popular among consumers.