At the Ceatec trade-show in Japan last week TDK demonstrated its new heads for hard disk drives that support the heat-assisted magnetic recording (HAMR) technology. Such heads could enable next generations of hard drives with rather extreme capacities already next year.

Capacities of modern hard drives are – among other things – constrained by the physical size of “pitches” on hard disk drives media required to store a single bit of information. Heat-assisted magnetic recording (HAMR) magnetically records data on high-stability media (such as iron platinum alloy) using laser thermal assistance to first heat the material, which allows to greatly reduce the size of “pitches” without negative effects on read-ability, write-ability and stability. As a result, HDDs featuring HAMR will be able to store considerably higher amounts of data than today’s hard drives featuring perpendicular recording tech.

Previously it was believed that HAMR will only become viable sometimes in 2017, but in the recent years TDK, Seagate and Western Digital intensified their HAMR development and even demonstrated working HDDs featuring the technology. 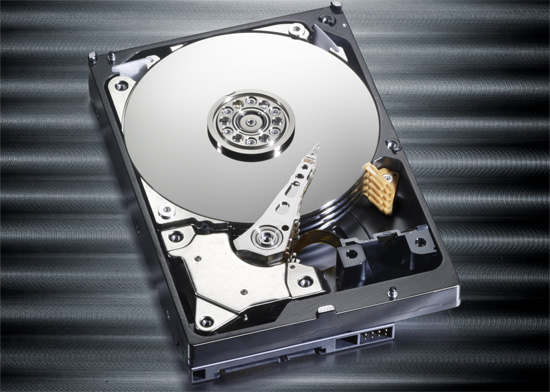 According to a spokesperson for TDK, which is cited by Futurezone, the first commercial drives featuring HAMR technology could emerge in late 2015 or early 2016. No exact details about the drives are available today, but it is reported that the initial HDDs featuring HAMR could provide capacities of around 15TB.

It is highly likely that the firs HAMR-based hard drives will be aimed at near-line storage applications that require HDDs with maximum capacity. Eventually HAMR will migrate to consumer hard disk drives.

Seagate or Western Digital did not comment on the news-story.

KitGuru Says: It took companies like TDK, Seagate and Western Digital several decades to develop HAMR technology. It looks like the tech is finally approaching the market. Still, keeping in mind that HAMR HDDs are extremely difficult to produce, do not expect them to get more or less affordable in the foreseeable future.