Famous for giving high end overclockers some of the fastest memory of all time, G.Skill used Computex 2014 to add some exciting new products to its line-up. KitGuru was on hand to capture the pixels.

Arguably one if the most dramatic stands in the Nangang Exhibition Halls belonged to G.Skill.

Designed around an enormous stage, which showcased an extended battle between some of the world’s top overclockers for a prize of $10,000 and some serious bragging rights.

Behind this stage was an equally large wall of new products.

On the memory front, G.Skill was running demos of its 3500 kits – while at the same time showing off designs for DDR4.

Here’s G.Skill product guru Frank Hung with ‘the board’. The future is almost upon us in terms of standard system memory. 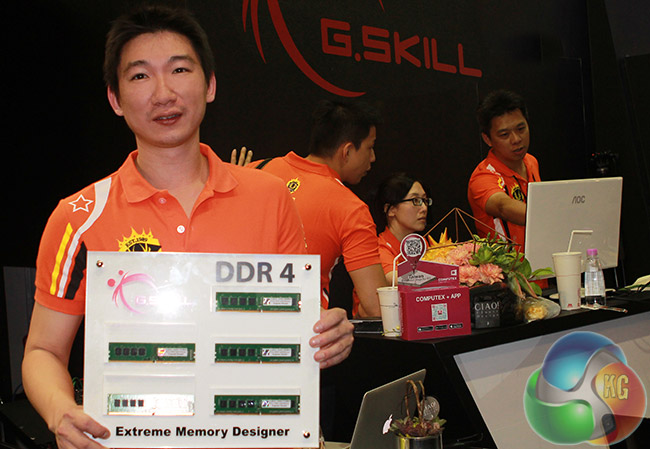 Finally, there is the turbo-charged PCI-Express goodness that is the latest G.Skill SSD.

With 480 and 960GB versions coming soon – the marketing team told us that that they would be very price competitive. 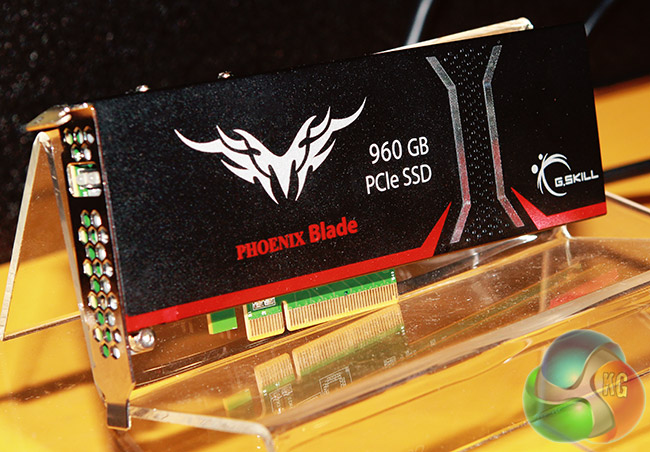 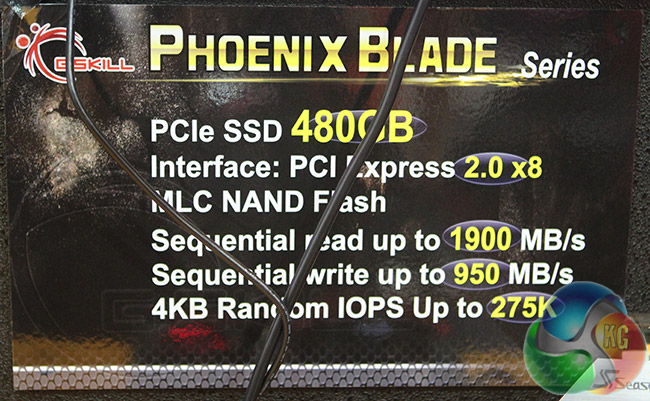 To give you a baseline for comparison with that figure, KitGuru Labs testing on the Plextor M6e PCI Express drive peaked at 770MB/sec.

Here are some of the numbers being generated by G.Skill on their stand. Bear in mind that there is a slight difference in performance profile between the 480 and 960GB versions of the G.Skill Phoenix Blade PCIe SSD. 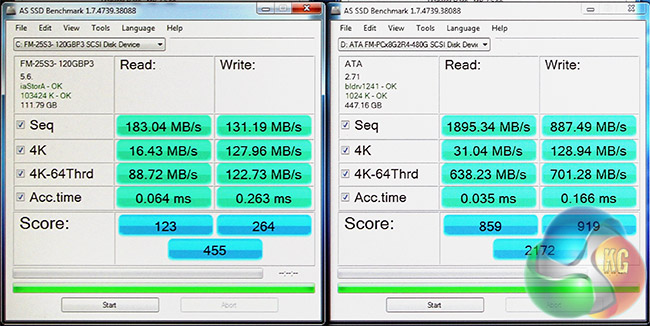 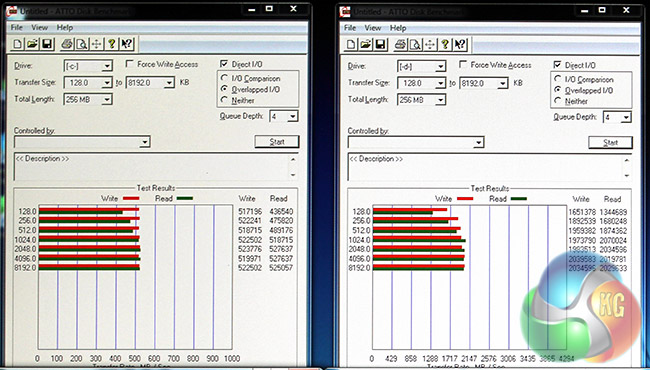 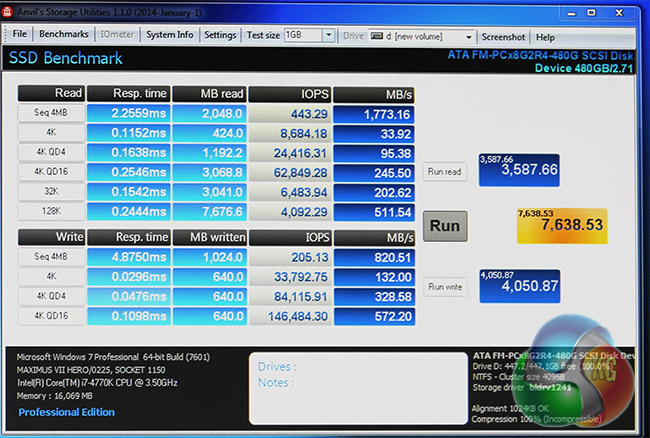 KitGuru says: The prospect of serious speed in the PCI Express SSD department is really exciting. Right now, it feels as though there is a cascade of development, blasting aside all of the traditional bottlenecks. We loves this future stuff!