Whether you’re building a new system or trying to re-energise an existing rig, one of the most annoying things to get wrong is the boot time. There are loads of things that can cause a slow boot and ALL of them are bloody annoying. So is it a case of Silverstone to the rescue?

Combining these attributes you could end up with small, slow expensive drives or – if you were slightly smarter – cheap, massive fast drives.   Cheap, massive and fast?    KitGuru likes.    KitGuru Likes a lot.

Silverstone scientists have been over this again and again and, finally, believe that they have a solution. The concept is not new, but the implementation is smart.  So what’s the concept?

Your CPU is really fast, but the outside world is really slow. To help it get by without the need to kill out of sheer frustration, we add levels of cache. Progressively slower memory that ‘grabs more data than you could possibly need’ at a time – so that it can be held locally in case it’s needed.

In effect, your system memory caches your CPU and your hard drive caches your ROM drive/the web.

You get the picture.

With the world + dog moving to bigger and bigger SSD drives, what happens to production of the 30-64GB models?

What if we used them to cache the SATA2 drives?

KitGuru first came across caching hard drive controllers back in the days when dinosaurs ruled the Earth and Promise was a true global leader.

Even 8MB could make a difference to your benchmark scores and the companies that used them in reviews would often b*tch-slap the opposition from here to there without so much as a squeak in return.

Silverstone has the imaginatively named SST-HDDBOOST lined up. You plug a massive SATA2 drive in one end and a small/fast SSD in the other.

Bonza drive performance, boot times reduced and an overall increase in responsiveness, for not much money.

Right now, you can get a 32GB SSD from major resellers for around £65.

We will take this concept apart in the KitGuru Labs and give you a definitive result soon enough. For now, let’s just say that Silverstone’s product gurus are claiming the hard drive acceleration technology contained in their ROM chip will:-

.
KitGuru says: If they can achieve this 1-2-3-4, then it will be a very interesting performance prospect indeed. 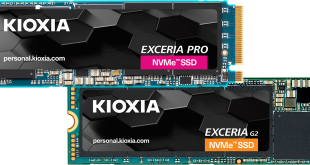