Way back at the start of 2017, Western Digital began showing off two new helium-filled high-capacity hard drives, one featuring 12TB of storage and another featuring 14TB. The 12TB Ultrastar drive managed to hit store shelves back in April and now, it seems WD’s 14TB version is also ready for prime time. 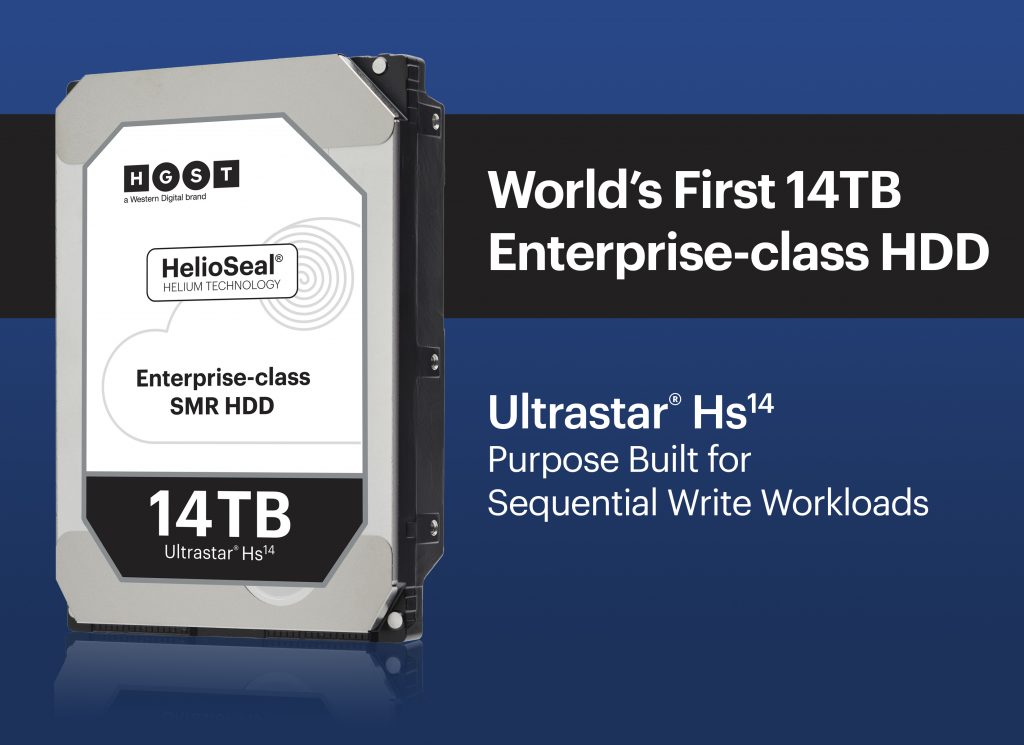 The key difference separating the 12TB and 14TB Ultrastar drives besides capacity is the data recording method. The 12TB version uses perpendicular magnetic recording, meanwhile the 14TB uses shingled magnetic recording. The latter can pack up to 25 percent more data on the same platter compared to a PMR drive and will pave the way for even higher capacities in the future.

Western Digital’s Ultrastar HS14 is now shipping to various OEMs. The drive is mainly geared towards enterprise users in need of more storage and efficiency. This particular model has 60 percent lower power usage per terabyte when compared to air-filled 8TB alternatives.

KitGuru Says: We first saw this drive announced in January, so it has taken quite some time to come to market. That said, it doesn’t look like consumers will be able to get their hands on one any time soon. Still, eventually this technology will trickle down.