The Lian Li PC-B25F is one of the only cases out there which you can install a system into using no tools whatsoever – although we would recommend tightening thumbscrews with a screwdriver.  Removing the side panel requires us to remove two thumbscrews.

First of all we installed our Corsair HX850W PSU into the case.  Lian Li have developed a very simple tool-less clip which holds the PSU securely in place without needing to screw it in.  There are holes in the rear of the case if you do wish to secure it with screws, though.

Then we installed the motherboard into the case.  There are two varieties of motherboard thumbscrews included; there are three longer screws for harder-to-reach areas and six shorter ones.  We decided to tighten them with a screwdriver as doing it by hand didn't secure them tightly enough for our liking.

Installing our Zotac GeForce GTX 470 graphics card was very simple as a result of the amazing tool-less retention bracket that Lian Li include.

Hard drive installation is simple, requiring us to screw four screws into the hard drive and slot it into one of the bays.  The screws have rubber stoppers which should prevent too many vibrations.  The hard drives have to be fitted with the connector pointing forward, making it more difficult to route the cables out of sight.  But this does make it easier to switch hard drives over as you don't have to remove both side panels.

Overall the installation procedure is one of the most hassle-free we've experienced although working with the Corsair 600T is a little easier as there is more room for cable routing behind the motherboard tray. 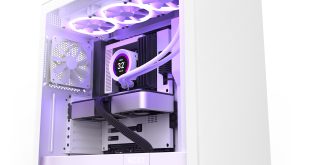