AMD has been providing stiff competition for Intel in the workstation CPU market, with the Ryzen and Ryzen Threadripper now delivering a lot more performance for the money for professional content creators. But the company's pro-grade graphics haven't been giving NVIDIA such a hard time. The Radeon Pro WX 8200 posed a short-lived challenge to the Quadro P4000, until the RTX 4000 came along, and then the Radeon Pro W5700 arrived to take over the battle, with only some success. Now, we have its little brother, the Radeon Pro W5500.

The W5500 is another AMD graphics card based on its 7nm process and the Navi GPU family, like the W5700. However, it uses a more recent spin of Navi, the Navi 14 RDNA GPU. It only has 22 compute units and 1,408 stream processors, compared to the W5700's 36 and 2,304 respectively. However, it still comes with 8GB of GDDR6 memory, so supports resolutions up to 8K, although the interface is merely 128-bit making bandwidth half as much. 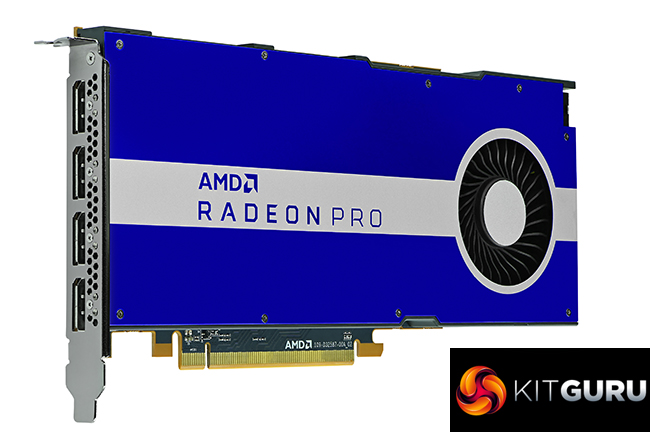 But the W5500 is also less than half the price of the W5700, so it is not competing against the market leading NVIDIA Quadro RTX 4000. In fact, NVIDIA doesn't have an RTX card aimed at this price level, so the Quadro P2200 from the Pascal GPU generation is the main opposition for almost exactly the same money. This gives the W5500 a clear window of opportunity, because if it can deliver better performance, it also has more frame buffer (the P2200 only has 5GB), so it could be a budget contender for professional content creation. Let's find out how it fares.