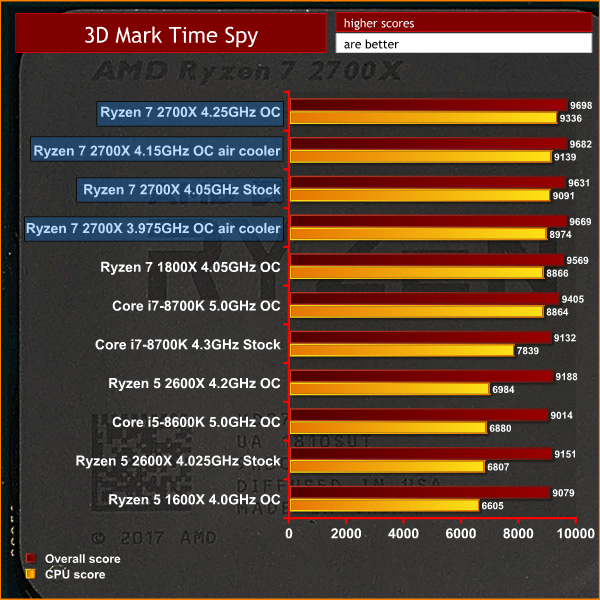 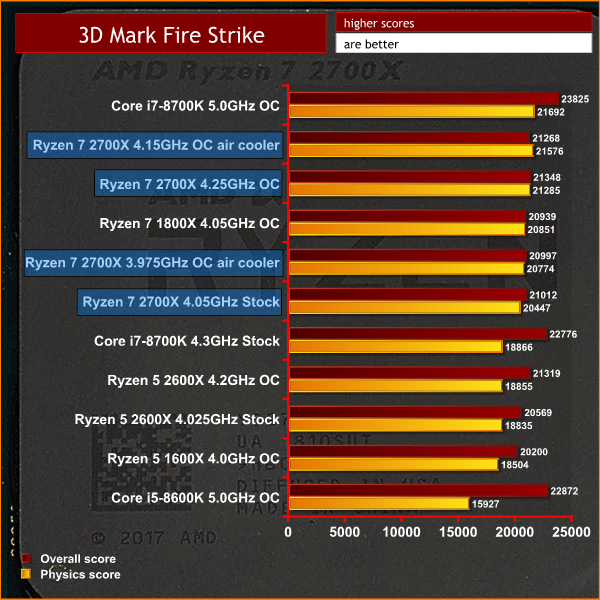 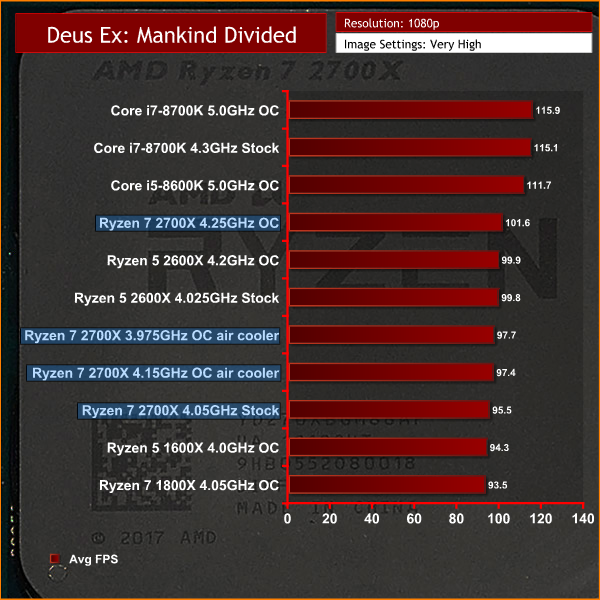 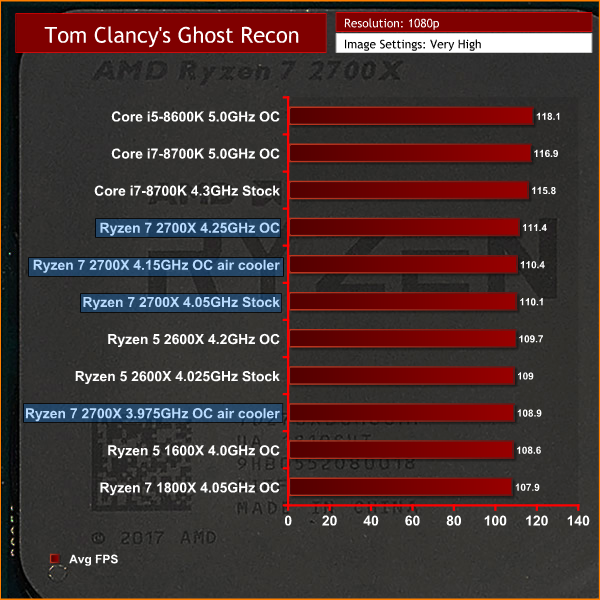 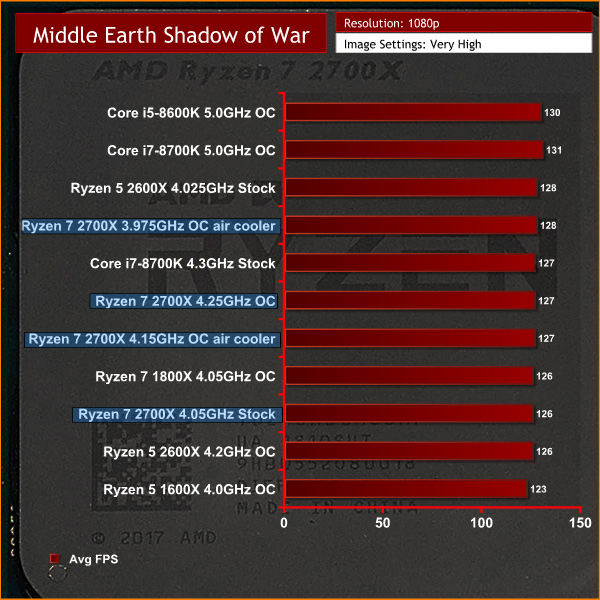 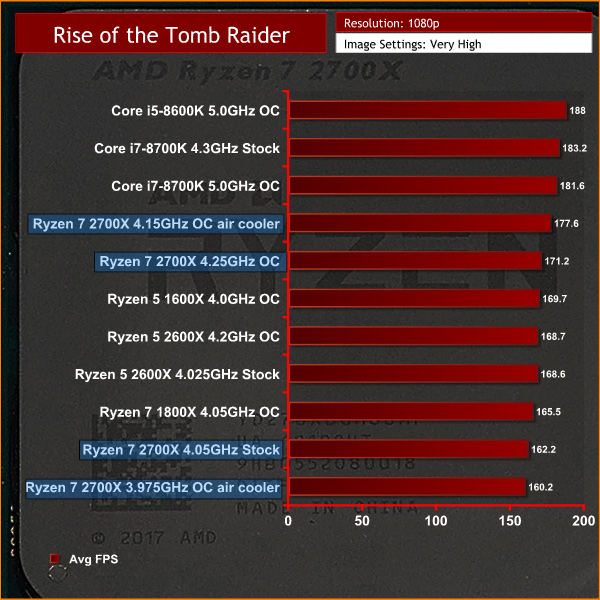 The business of dynamic overclocking with Precision Boost 2 makes it tricky to pin down precise clock speeds. If we ignore the burst to around 4.35GHz when a test run starts, the sustained speeds are as follows:

You may well find that clocks speed vary by 25MHz or 50MHz as ambient temperatures rise but regardless of that you should be north of 4GHz at all times and will likely be a considerable distance away from the ‘maximum’ 4.3GHz.

Switching from the 240mm AIO to the bundled AMD Prism cooler gave a sustained all core clock speed of 3.975GHz which is pretty good going.

Take a look down our charts of test results and you will see there is no clear winner. Cinebench R15 tells a tale as AMD clears up in the multi-core test (eight cores beats six cores, as you would expect) however in the single threaded test Intel is at the top of the chart.

In our games tests Intel typically rules the roost, however the differences between one CPU and another tend to be narrow. It is worth reinforcing the point that we test at 1080p to emphasise the CPU. When you game at higher resolutions and especially at 4K you are almost certain to find the GPU, rather than the CPU, is the limitation.

As the trade situation between the US and China gets more complicated, we are seeing …