I reviewed the Fractal Design Torrent case when it launched and awarded it a solid 8 out of 10, with a ‘Worth Buying' award. Some members of our audience suggested the Torrent deserved mwoah love and considered that I had been slightly mean and uncaring. So here we go again as we take a second look at Torrent, and this time we're air cooled all the way.

This second look will likely make more sense if you first read our full review which is HERE.

Also, please read KitGuru's news about Fractal Design's recall on the PWM hub as there is a potential safety risk – that news is HERE.

Now you're strapped in and ready to rock, the short take is that Leo initially reviewed Torrent with a full custom loop. For this second look we have ditched the water and have switched over to a Noctua NH-D15 CPU cooler and a Sapphire RX 6800 XT graphics card. 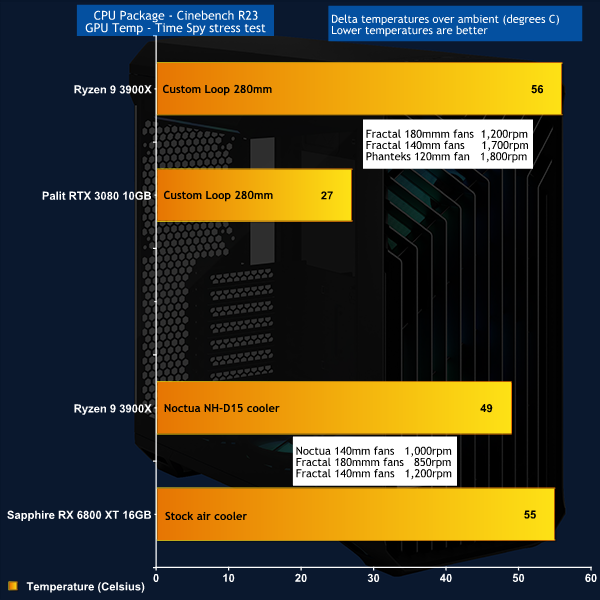 Bearing in mind that our custom loop used a tiddly 280mm radiator to cool both the CPU and GPU in a combined loop, we were pleasantly surprised to see our figures stood up well in this second round of testing. The Noctua NH-D15 did a fine job cooling our Ryzen 9 3900X while the Sapphire RX 6800 XT was clearly working well in the Torrent case. In our original review we were confident that Torrent has good air flow and we stand by that judgement,

In our initial review of the Fractal Design Torrent we were generally happy with the case but raised a couple of questions, in particular over cable management. We have since noted other reviewers complaining about the price that was generally felt to be steep at £165, however that wasn't an issue for us.

Both points can be explained by our use of custom loop cooling as the Torrent costs about the same as the EKWB Quantum Vector Full Nickel graphics block we used in that review. The EK backplate costs another 40 bucks.

In other words we kept things in perspective and could see the price of Torrent was a minor matter in the course of an expensive PC build. We can also see that anyone who was merely adding an air tower cooler to their CPU might have a different point of view. 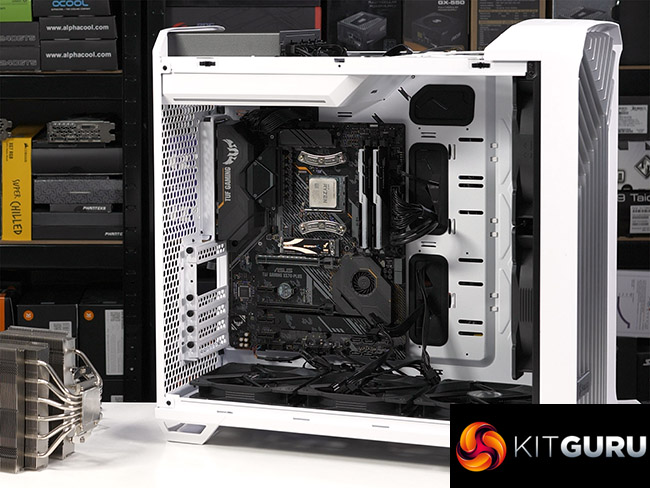 And then there is the question of cable management. As you will have seen in the video of this air cooled build, the results are neat and tidy and there are no grounds for complaint. There is plenty of space and if we were feeling motivated we might even try installing three or four data drives for the heck of it.

The point here is that we consider a measly air cooled build misses the point of Torrent and that this mighty case deserves proper liquid cooling. The snag with our reasoning is that once you fill Torrent with hardware you inevitably end up with loads of cables and the result could easily be a nasty mess.

It is certainly true that ‘if you don't spend the time, it'll be a crime' but frankly if you go air cooled it is really easy to make the PC look good. Custom loop requires a considerable amount of labour.