AMD’s quarterly financial earnings call took place last night and aside from record earnings for 2019, AMD also had good news on the 2020 front, with next-gen RDNA GPU architecture set to debut, along with AMD’s return to high-end graphics with ‘Big Navi’.

For the full year of 2019, AMD made a record $6.73 billion, with $2.13bn of that coming in Q4 alone. The launch of Zen 2 based processors has been a huge success, although AMD’s semi-custom/embedded CPU segment did fall slightly lower than expectations. However, with next-generation consoles due in 2020, semi-custom chip sales should pick back up again by the end of the year. 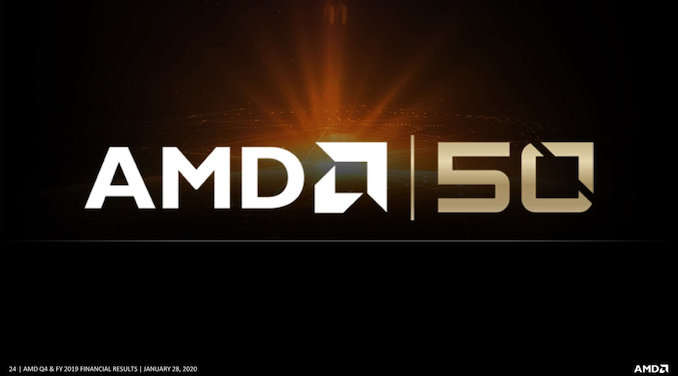 During the Q&A section of the earnings call, AMD CEO, Dr. Lisa Su, also teased a little about what’s next on the GPU front. The original RDNA GPUs, (RX 5000 series) is due to be refreshed but there will also be next generation RDNA GPUs too.

We didn’t get much more detail beyond that but we do know that more will be revealed at AMD’s financial analyst day, which takes place on the 5th of March.

KitGuru Says: 2019 seems to have been a huge year for AMD and as usual, we are looking forward to seeing what can be brought to the table this year. What do you want to see from AMD this year? New Ryzen CPUs? RX 6000 series graphics?