Nowadays virtually all makers of mainboards offer motherboards with various exotic colours, including white or even silver. Makers of memory modules have traditionally been more conservative and typically such products come with black heat spreaders and PCBs. However, Crucial, a division of Micron, decided to release something for modders, who plan to build a system with exotic components.

At the upcoming Gamescom trade-show in Cologne, Germany, the company plans to reveal white Crucial Ballistix Sport LT DDR4 memory modules that utilize white printed circuit boards and white radiators. The modules will feature 4GB or 8GB capacities, up to 2400MHz clock-rates and will be available in dual-channel and quad-channel kits, reports TechPowerUp. Like other DDR4 modules for performance enthusiasts, the Crucial Ballistix Sport LT DDR4 will include XMP 2.0 profiles in their serial presence detect and will automatically overclock themselves beyond JEDEC specifications on appropriate platforms. 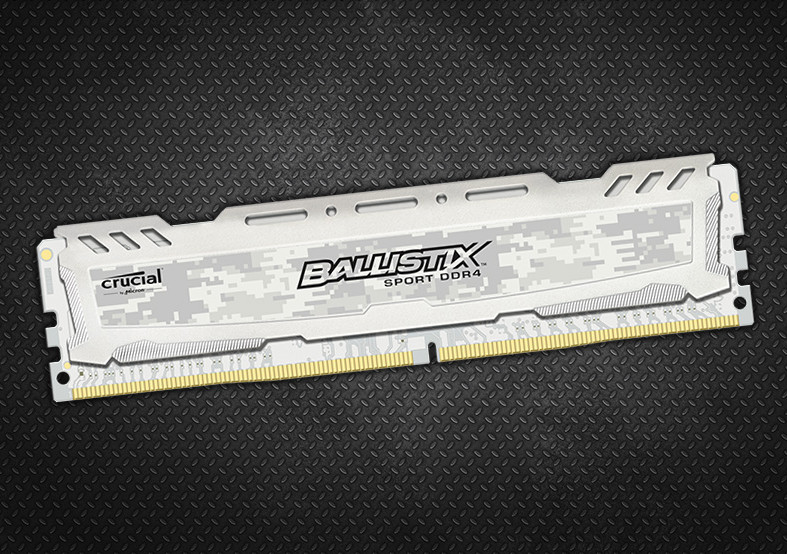 While clock-rates of the Crucial Ballistix Sport LT DDR4 family do not really impress, they will still become popular among modders, who plan to use white or silver mainboards from Asustek Computer or MicroStar International.

Pricing of the new modules is unknown, but do not expect them to be too expensive.

KitGuru Says: It is technically not that easy to make white computer components, which is a reason why white mainboards, graphics cards and memory modules are rare. Still those, who want to build an exotic PC based on Intel “Skylake” processor, can now do it using components from MSI and Crucial.

Previous AMD’s project Quantum may never make it to the market
Next World of Warcraft down to 5.3 million subscribers