Home / Software & Gaming / World of Warcraft down to 5.3 million subscribers

World of Warcraft down to 5.3 million subscribers

WoW has been one of the mainstays of PC gaming for a long time, consistently giving millions of people around the world a universe to escape into to fight, level, raid and explore. That’s still the case over 10 years after its release, but following the spike of returning players after an expansion, there’s always a drop off a short while later, which it what the game is seeing now. Following on from a return to prominence after the release of Warlords of Draenor, the game’s numbers have now fallen to their lowest point since 2005.

Announced during the latest Blizzard earnings call, only 5.3 million people are now actively playing (or at least paying to access) World of Warcraft. That’s down from just over seven million back in May, and more than 10 million at the end of last year.

The reason for this downturn, Blizzard claims rather optimistically, is that it’s cannibalised its own audience by providing Diablo III as a some-what free to play experience in many eastern parts of the world. However PCGamesN believes the popularisation of MOBAs in country’s like China must be having an impact too. 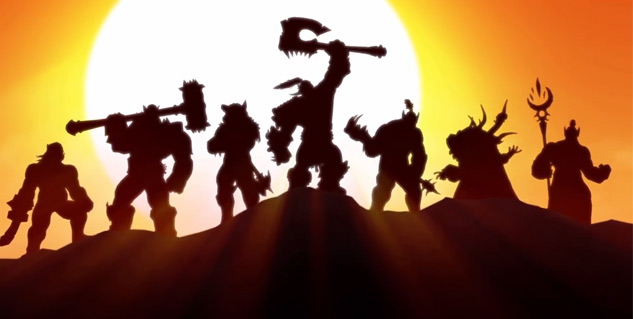 I’m not quite sure why these guys are celebrating the fact. Maybe they like having the extra server space?

However, Blizzard believes this is just temporary. With the Warcraft movie currently in development, it believes that old subscribers will be tempted back and new players encouraged to sign up after they’re exposed to the rich lore of the world. There’s also another expansion in the works, which historically have always led to a few million people re-subbing, at least for a while.

Despite all of the problems with WoW’s player numbers however, Blizzard’s revenue was up by more than 20 per cent thanks to the strength of Hearthstone, which continues to be a big earner, and the growing audience for Heroes of the Storm.

KitGuru Says: It will be a sad day if WoW is finally shuttered at some point in the future. Fortunately for those that love it, there’s still enough people around that want to adventure around Azeroth that that seems unlikely to happen for some time yet.