A professional overclocker this week set a new clock-rate record for DDR4 memory. This time a memory module from G.Skill was overclocked to whopping 4838MHz on Gigabyte Technology’s Z170X-SOC Force mainboard.

Hicookie, a professional overclocker from Taiwan who works with Gigabyte Technology, this week pushed a 4GB G.Skill memory module to 4838MHz. He used a system powered by Intel Core i7-6700K “Skylake-S” processor as well as Gigabyte Z170X-SOC Force-CF mainboard. The module worked in single-channel mode, which increases chances to hit record clock-rates, but diminishes practical value of the result.

The processor, the memory module itself and the mainboard were cooled down using liquid nitrogen, according to Hicookie.

It is noteworthy that the overclocker did not disable processor cores and Hyper-Threading technology to maximize the DDR4 frequency result. The chip was downclocked to 2340MHz and its voltage was set at 1.28V, which is a minimal increase versus stock Vcore. 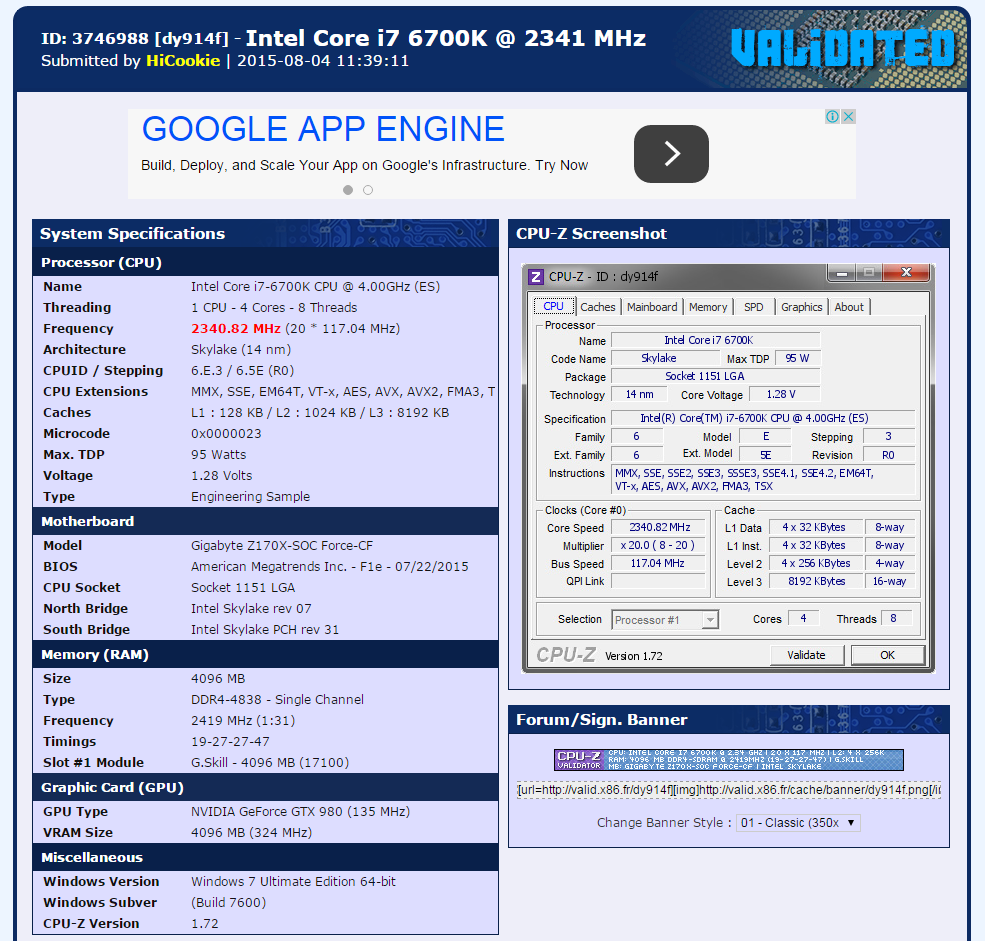 KitGuru Says: Looks like Intel “Skylake” processors are excellent overclockers, so are Samsung’s latest DDR4 memory ICs, which are used for new enthusiast-class modules. It will be interesting to see when overclockers manage to hit 5GHz frequency with DDR4 SDRAM.