More often than not, we see media companies throwing DMCA claims all over the web, quite a few of which turn out to be bogus. However, what happens when a network uses someone else's content without their permission? Well apparently CNN and CBC Canada are about to find out as a lawsuit has been filed against the two networks.

The person behind the lawsuit is Alfonzo Cutaia, who used YouTube last year in order to upload a 31 second video of the winter storm hitting. Since there was a lot of interest surrounding the video, he eventually monetized it under the ‘standard YouTube license' and sat back letting it generate ad revenue. 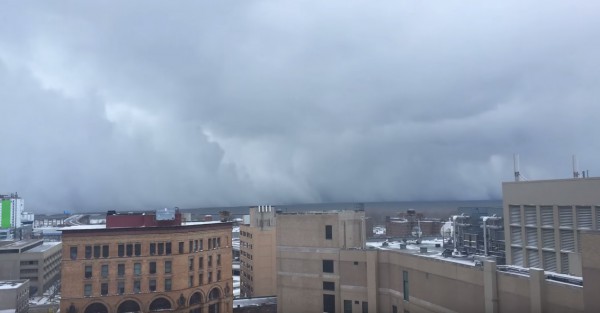 Screenshot of the video, which you can find, here.

The day after uploading, news outlets were getting in touch asking for permission to use the footage in a broadcast. However, it turns out that CBC went ahead and aired the video without permission, using the channel's own logo as an overlay. So how did this end up happening?

Well according to CBC, the channel obtained the footage from CNN on a ten day license. However, Cutaia did not give permission to CNN to use the footage in the first place and claims that the networks used the footage for many months, even after the supposed license should have expired.

Cutaia's lawsuit is seeking injunctions against CBC and CNN to stop using the video. The two networks are said to have intentionally violated copyright law and apparently also violated a DMCA notice. TorrentFreak managed to get a look at the lawsuit, which reads: “In order to infringe the Storm Video, CBC [and CNN] circumvented Cutaia’s technological measures limiting access to the Storm Video, without authorization, in violation of 17 U.S.C. § 1201(a)(1)(a)”.

“By its reproduction and alteration to the Storm Video, CBC [and CNN] intentionally removed and/or altered the copyright management information of the Storm Video, without authorization, in violation of U.S.C. § 1202(b)(1)”.

Cutala's lawsuit doesn't mention any specific monetary numbers for damages, but it does insist that a trial be held so a jury can decide on that. At present, the Buffalo Lake Effect video has over 3.6 million views over on YouTube.

KitGuru Says: Well this is quite the turn of events. It isn't often we see YouTubers suing those using their footage elsewhere. Do any of you think this case stands a chance in court?