G.Skill is working on new Trident Z memory modules, which will hit unbelievable 4.40GHz frequency. The modules are designed for extreme enthusiasts and will be compatible with select Intel Z170-based platforms for overclockers.

G.Skill’s Trident Z DDR4-4400 (PC4-35200) memory modules will feature 4GB capacity and will be based on hand-selected Samsung memory chips as well as specially designed printed-circuit boards. The modules will run at 4400MHz with CL19 latencies and up to 1.40V voltage. The devices will support Intel’s extreme memory profiles (XMP 2.0) for DDR4 memory and will be able to set extreme clock-rates on compatible mainboards automatically. 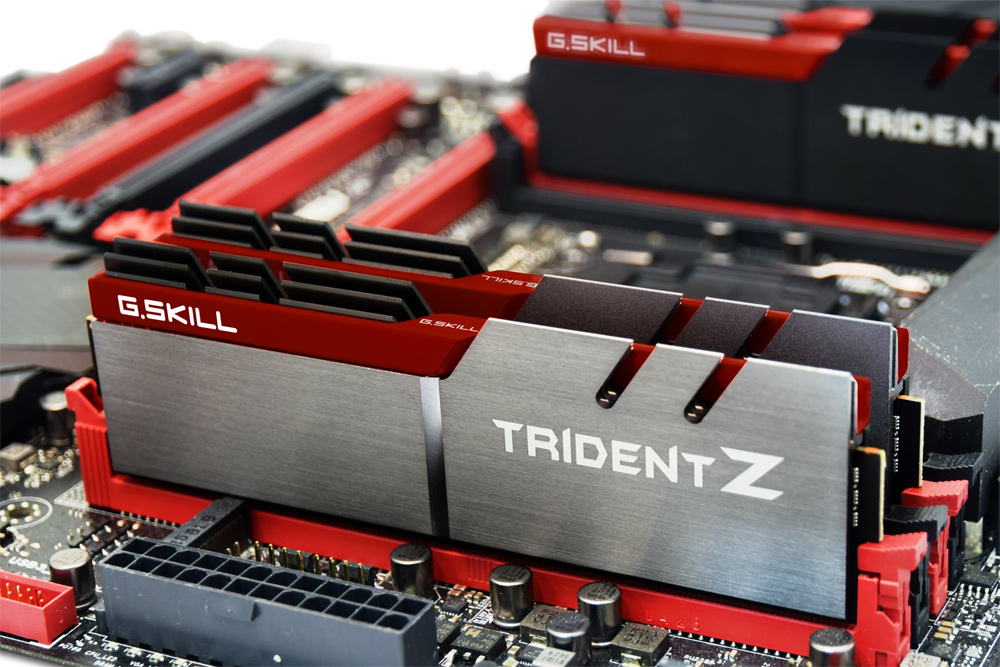 At present, G.Skill is testing its 4400MHz DDR4 memory modules with makers of mainboards and professional overclockers. It is highly likely that “officially” such devices will be compatible with select enthusiast-class motherboards for Intel Corp.’s “Skylake” processors powered by the Z170 chipset. Keeping in mind extreme frequency of the upcoming Trident Z modules, mainboards that will work with them will have to feature not only high-quality DDR4 circuitry and power supply, but also appropriate XMP 2.0 profile in BIOS.

The DDR4 memory modules from G.Skill capable of operating at 4.40GHz will be available in 8GB dual-channel kits. Exact pricing is unknown, but given the fact that the modules are unique, they are going be expensive.

KitGuru Says: The DDR4 SDRAM memory standard officially supports clock-rates up to 4.26GHz. Therefore, producers of dynamic random access memory will try to hit that clock-rate “officially” in the coming years. The fastest DDR4 chips produced using 20nm/21nm process technology by companies like Samsung Electronics or SK Hynix are rated to run at 2.40GHz – 2.66GHz. Their high overclocking potential and selection process at companies like G.Skill allow building memory modules capable of running at 4.40GHz. Imagine what producers of modules will do with ICs officially capable of running at 4.26GHz…

Previous Win an MSI mini-ITX GTX 760 and be a reviewer for a day!
Next LG teases a dual-display smartphone for next month