Samsung’s 64GB registered dual inline memory modules (RDIMMs) feature 36 DDR4 memory chips, each of which consists of four 4Gb DDR4 DRAM devices made using 20nm-class process technology. The DDR4 dies are pierced to contain hundreds of holes and then are vertically connected through electrodes that are passed through the holes. Samsung’s 64GB memory modules operate at 2133MHz.

Samsung claims that the new 64GB TSV DDR4 modules perform twice as fast as a 64GB module that uses wire bonding packaging, while consuming about 50 per cent the power.

Since DDR4 memory controllers support limited amount of RDIMMs per channel, memory makers need to create high-density memory modules in order to enable servers with extreme amounts of memory. In order to quickly grow densities of memory chips and modules, makers of DRAM chips will have to use the TSV technology going forward. In the future, Samsung believes that it will be able to stack more than four DDR4 dies using its 3D TSV technology, to create even higher density DRAM chips and modules.

“Samsung is reinforcing its competitive edge in the DRAM market with its new state-of-the-art solution using its 3D TSV technology, while driving growth in the global DRAM market,” said Jeeho Baek, vice president, memory marketing, Samsung Electronics. “By introducing highly energy-efficient DDR4 modules assembled with 3D TSV, we’re taking a big step ahead of the mainstream DDR4 market, which should dramatically expand with the expected introduction of next-generation CPUs in the second half of this year.” 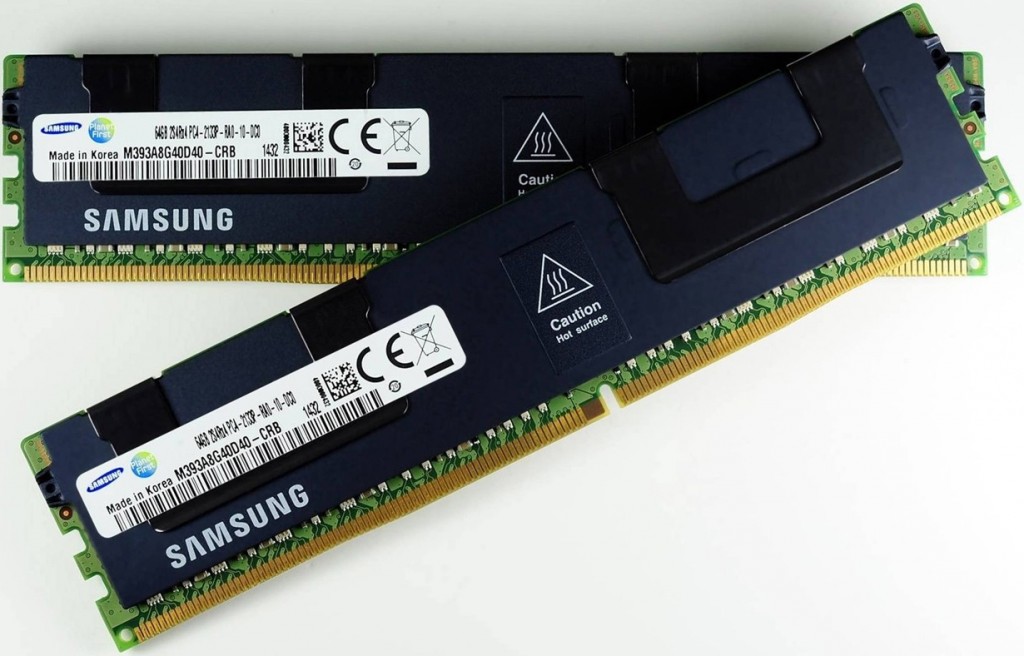 The new 64GB DDR4 memory chips from Samsung will be available inside servers based on the new-generation Intel Xeon E5 “Haswell-EP” processors that support DDR4 memory in the coming months.

Earlier this year SK Hynix demonstrated a 128GB DDR4 memory module based on 4-layer 8Gb DRAMs connected using TSV. Such modules are expected to emerge in 2015.

KitGuru Says: Looks like with DDR4 and TSV technology the 64GB memory modules will become reality for mainstream servers. The question is how much will it cost and will the TSV technology in its current form be viable for the consumer market?