Team Group is a very well-known name in the world of professional overclockers. Their memory modules have set numerous world records throughout the history of the company. It is hard to imagine that just several years ago Team Group was not really recognised in the U.K. However, Overclockers UK, a popular retailer that needs no introduction to KitGuru readers, has changed that.

In just several years Overclockers UK has managed to transform Team Group from a hidden gem of the market into a popular brand recognised both by gamers and enthusiast overclockers looking for capable hardware. Today OcUK, an exclusive reseller of Team Group’s memory, sells a broad range of DDR3 modules from Team in the U.K., including the top-of-the-range kits that are rated to operate at 2666MHz or 2800MHz. 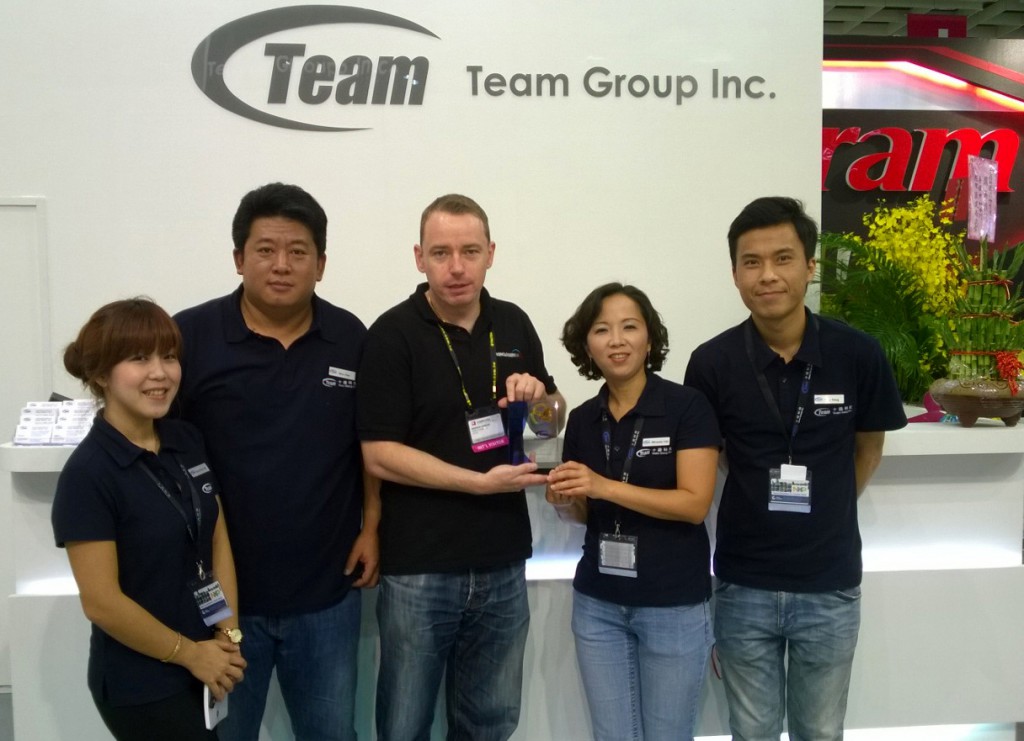 Being presented the award in the photograph is purchasing manager of Overclockers UK, Andrew Gibson, better known by his forum name Gibbo.

KitGuru Says: KitGuru congratulates our friends at Overclockers UK with this award and wishes the two companies a lot of success and prosperity going forward.