SanDisk shows 400GB in each socket of Supermicro board at Computex

In any given month, less than 1 million people read KitGuru. That makes you, the knowledgeable hardware enthusiast, part of an exclusive minority. Your system is likely to be an order of magnitude more powerful than any of your friends and YOU are the person they ring when they need help and buying advice. Well, prepare to feel hopelessly inadequate.

Dropping onto the Supermicro stand at CeBIT proved very interesting.

Naturally, we felt the urge to repeat the experience at Computex 2014 over in Taipei – and we were not disappointed.

The high-end/corporate companies tend to be more restrained when it comes to presentations and demos. You really need to get onto the stand and find out exactly what they’re showing.

One board in particular grabbed our attention.

SanDisk has crammed a pile of SSD memory technology into a regular-looking module. Having announced its intention to push out these modules in the first half of 2014, we know that they are already working on faster versions with even more storage – especially given that Intel is revamping its high-end/pro-products in the later half of the year.

Each of the monster modules being demonstrated at Computex can make a whopping 400GB of memory available to your CPU, on the fastest and most directly linked bus possible.

Given that they are server boards, you have 8 sockets available – and these can be fully populated to allow your CPU access to 3.2TB of memory at lightning speed.

We were given the tour by Rob Callaghan, a very happy looking Senior Product Manager for SanDisk.

Check out his big grin, big modules and the fully loaded board itself.

Rob told us that there are two key advantages for customers who operate in the money-saturated trading markets:-
1) The reduced distance to the CPU means speed is maximised
2) The shorter distance increases predictability, which means you can calculate – with some degree of certainty – how much work can be done each cycle. This is crucial for High Speed Trading (HST) systems, where you need to come to a buy/sell conclusion as fast as possible 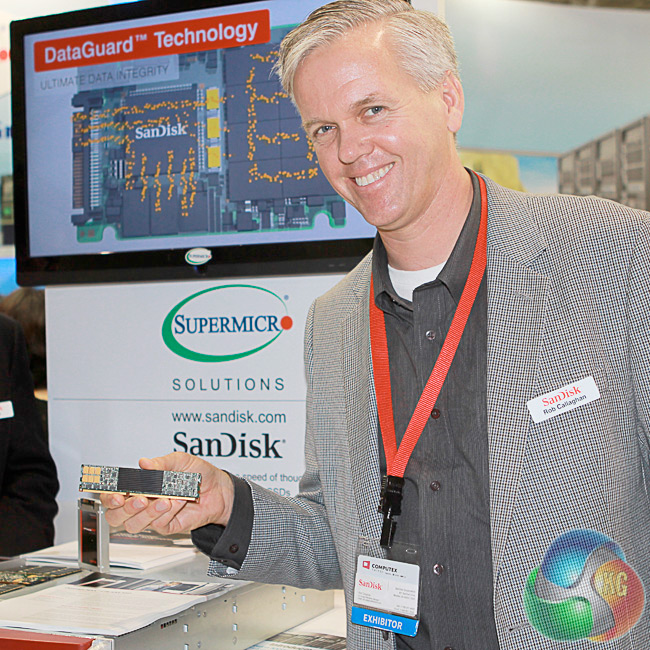 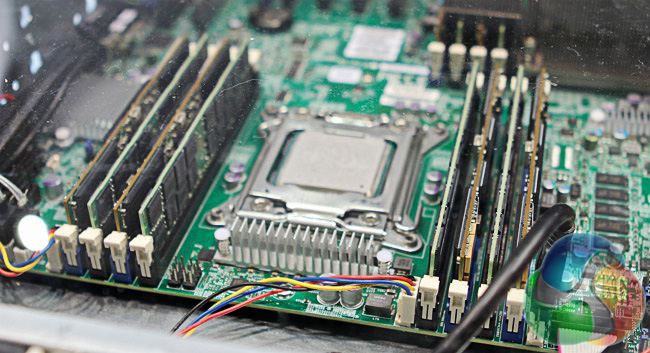 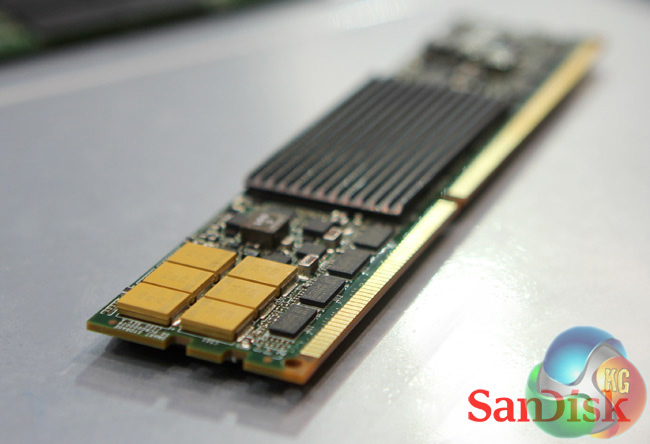 KitGuru says: The traditional barriers around system performance are melting away. Very soon, it seems that only the internet will be holding us back. Until the Google Satellites come online, maybe.

How much do you want 3.2TB of memory in your DIMM sockets?  Let us know over on Facebook.