Until now, the maximum DRAM ICs per standard module was set at 16, translating into 16GB memory sticks. Fortunately, a major breakthrough via a collaboration between G.Skill and ASUS has resulted in a brand new customized PCB solution that packs double the maximum capacity of DDR4 UDIMM modules. 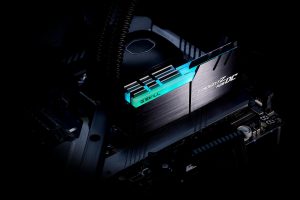 This allows for 32GB per module, however there are some caveats. Only select ASUS’ Z390 chipsets are compatible, comprised of the ROG Z390 Maximus XI Apex, ROG Maximus XI Gene, and ROG Strix Z390-I GAMING. The memory also sits a little taller than previous iterations to account for the increased number of DRAM chips. Fortunately, the new sticks do still sport G.Skill’s signature Trident RGB design.

Elsewhere, ASUS’ ROG Maximus XI Gene motherboard has been used to push its current Trident Z RGB kit of DDR4 memory to new extremes. Using a 16GB (2x8GB) configuration, G.Skill managed to achieve 4800MHz with relatively decent timings of 19-22-22-42, the fastest XMP speed so far. This isn’t quite the 17-17-17-37 showcased by G.Skill during Computex in June, however it is still an impressive jump from where the consumer market is currently at. 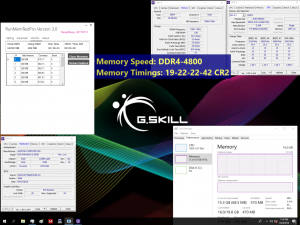 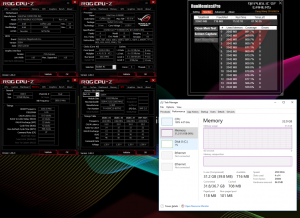 It seems that sacrificing just a little speed could potentially net G.Skill fans double the memory, as the company managed to push 4500MHz out of a 32GB (4x8GB) configuration. This maintained consistency throughout torture tests using an ASUS’ new enthusiast ROG Maximus XI Extreme motherboard, which surprisingly isn’t compatible with the new Double Capacity DIMM technology despite being the top-end motherboard.

KitGuru Says: Every time a high-profile event is around the corner, I find myself excited to see what G.Skill has in store and they almost always impress. It will be interesting to see how much of a difference Double Capacity DIMM technology makes to the server and workstation markets, as well as gaming.