The company claims productivity of the new 1Znm memory modules has been improved by approximately 27% over the previous generation 1Ynm line. However, the manufacturing process does not require expensive extreme ultraviolet (EUV) lithology so 1Znm production will be cost-effective.

SK hynix 1Znm memory supports up to 3200Mbps data transfer rates, which is the fastest data processing speed from the DDR4 interface. The new 1Znm memory modules have increased power efficiency, therefore successfully reducing power consumption by around 40% compared to modules of the same density from previous 1YNnm 8Gb DRAM.

A new substance, not used in the previous generation has been applied to the manufacturing process, which maximises the capacitance of the 1Znm product. Capacitance is the amount of electrical charge a capacitor can store, which is a key element in DRAM operation. A new design to increase operational stability has also been introduced into the process. 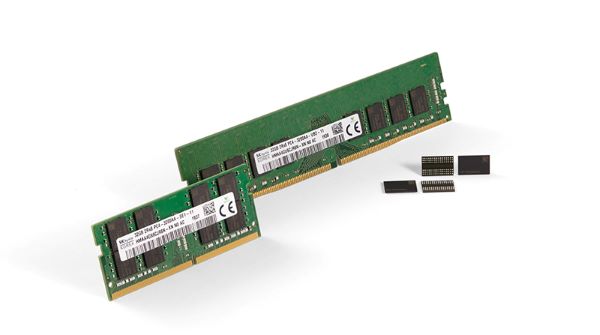 SK hynix has plans in place to extend the 1Znm technology process to a range of applications including next-generation mobile LPDDR5 DRAM and HBM3 which will be the fastest DRAM in the future.

KitGuru says: SK hynix is always making technological strides and improving its products. It will be interesting to see this new memory implemented in HBM3 DRAM and how it affects future performance.