As we’ve known for a while, Intel is set to launch its new Alder Lake platform later this year, which will be the first to support DDR5 memory. Several memory makers have been testing and working on their own DDR5 RAM in preparation, including Corsair, who shared some details about the upcoming change and the performance it will unlock.

In a blog post this week, Corsair announced that it is working on its own DDR5 memory, which is going to be faster and more efficient. At this point in time, Corsair has DDR5 memory running at up to 6400MHz and bandwidth has been increased to 51 GB/s. 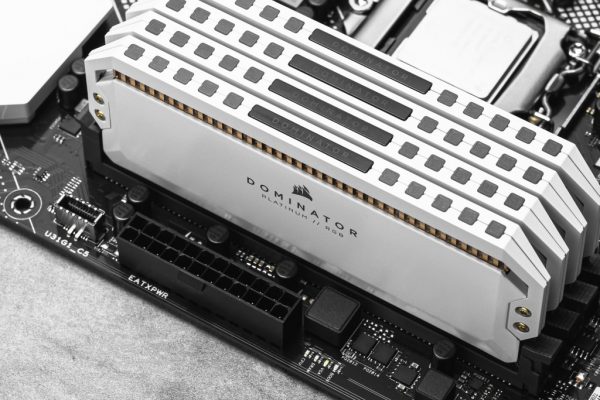 Higher speeds and higher bandwidth allow for more efficient use of the memory bus in systems with high core count CPUs, Corsair explains. We will also be seeing a big jump in maximum DRAM UDIMM capacity when DDR5 lands, jumping from 32GB during the DDR4 generation to 128GB, enabling higher capacities than ever before.

Unfortunately, there are various NDAs in place, so Corsair can’t exactly say when its first DDR5 memory will launch. However, we do expect to see the first Alder Lake systems in late 2021.

KitGuru Says: It is going to be very interesting to see how DDR5 speeds develop in the years ahead, especially if we’re going to be starting off with speeds breaking the 6GHz barrier right out of the box.

Overclockers UK and 8Pack are back at it again with another high-end, masterfully crafted gaming …