While the first generation of Ryzen processors had some issues maintaining high DDR4 memory speeds, significant improvements have been made since then. Now with 3rd Gen Ryzen and X570, memory makers are able to release blazing fast DDR4 kits tailored to AMD's platform. Corsair's new Vengeance LPX for instance runs at a record-setting 4,866MHz.

Vengeance LPX now has a 16GB (2x8GB) DDR4 memory kit in partnership with AMD that tops out at 4,866MHz on tested motherboards. This frequency is confirmed to be achievable on the ASUS ROG Crosshair VIII Formula, MSI MEG X570 GODLIKE and MSI PRESTIGE CREATION X570 motherboards. You can of course use this RAM on other X570 motherboards, but speed may very on other setups. 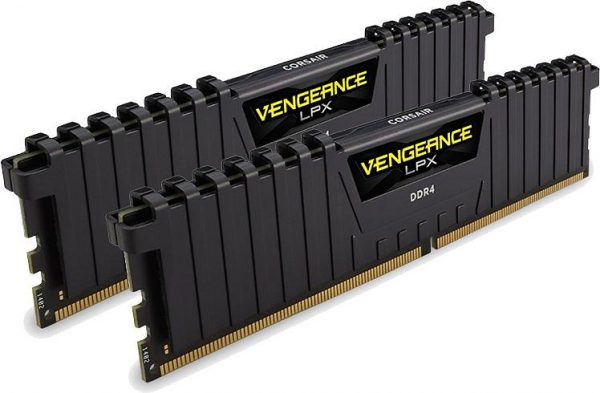 An optional VENGEANCE Airflow fan is also available, which connects to the top of your memory dimms and cools them more directly than case fans.

The Vengeance LPX series does not have RGB though. If you are looking for some extra light in your system, then the Vengeance RGB Pro will be the kit to look out for, which also has impressive speeds of up to 4,700MHz.