G.Skill has been a front runner in high-performance RAM for a good while now, with a ton of high performance DDR4 kits already available. Today, G.Skill is adding two new 64GB RAM kits to its lineup, delivering speeds of 4300MHz and 4000MHz.

These are part of the Trident Z Royal range, One 64GB kit delivers a 4300MHz clock speed on Samsung B-dies at CL19-19-19-39 timings across an 8x8GB configuration. Since this is aimed at workstations, this kit was stress testing on an ASUS ROG Rampage VI Extreme Encore motherboard with an Intel Core i9-9820X CPU. 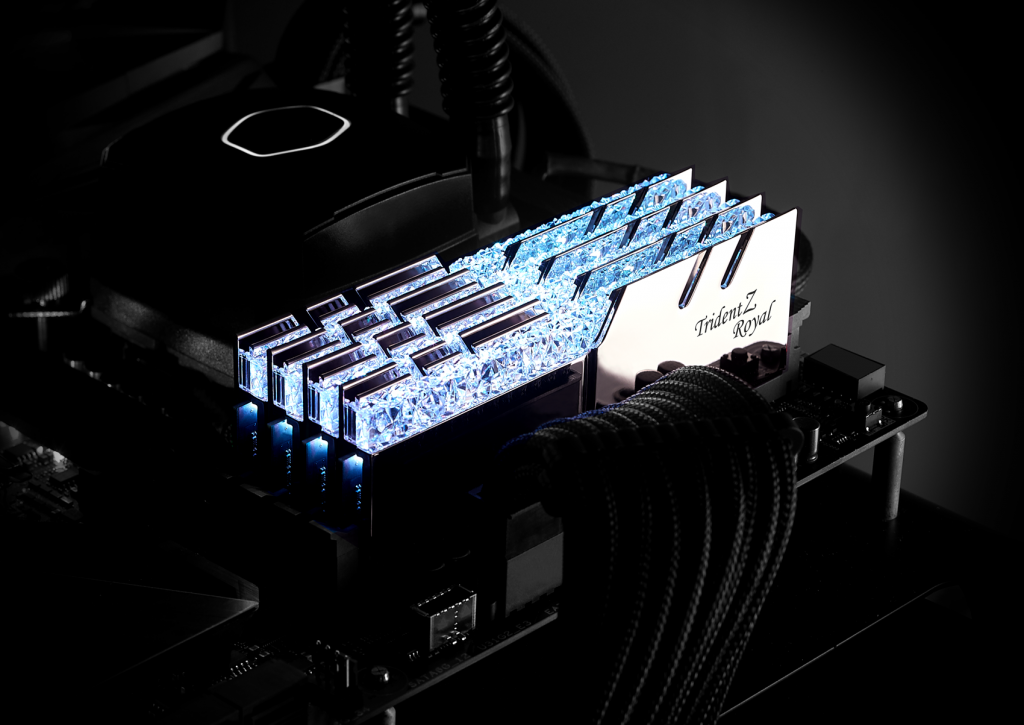 A lower latency 64GB Trident Z Royal kit is also coming, delivering speeds of 4000MHz at CL16-18-18-38 timings in an 8x8GB configuration. During stress tests on the same motherboard and CPU, memory bandwidth was able to surpass 101GB/s in quad-channel mode.

We don't have pricing just yet but both of these new Trident Z Royal kits will be available in Q4 2019.

KitGuru Says: With all of these super fast DDR4 kits coming out, I am starting to think that I might need a RAM upgrade. Are any of you shopping around for new memory at the moment? What speed are you planning to get?