G.Skill is back at it again this week. Recently, the enthusiast memory maker unleashed 64GB and 128GB kits of Trident Z DDR4 RAM and now, the company is kicking its speeds into high-gear with the launch of its new 16GB 4333MHz kit. The latest modules run at 4333MHz standard but can be pushed as high as 4500MHz on Intel’s Z270 platform. 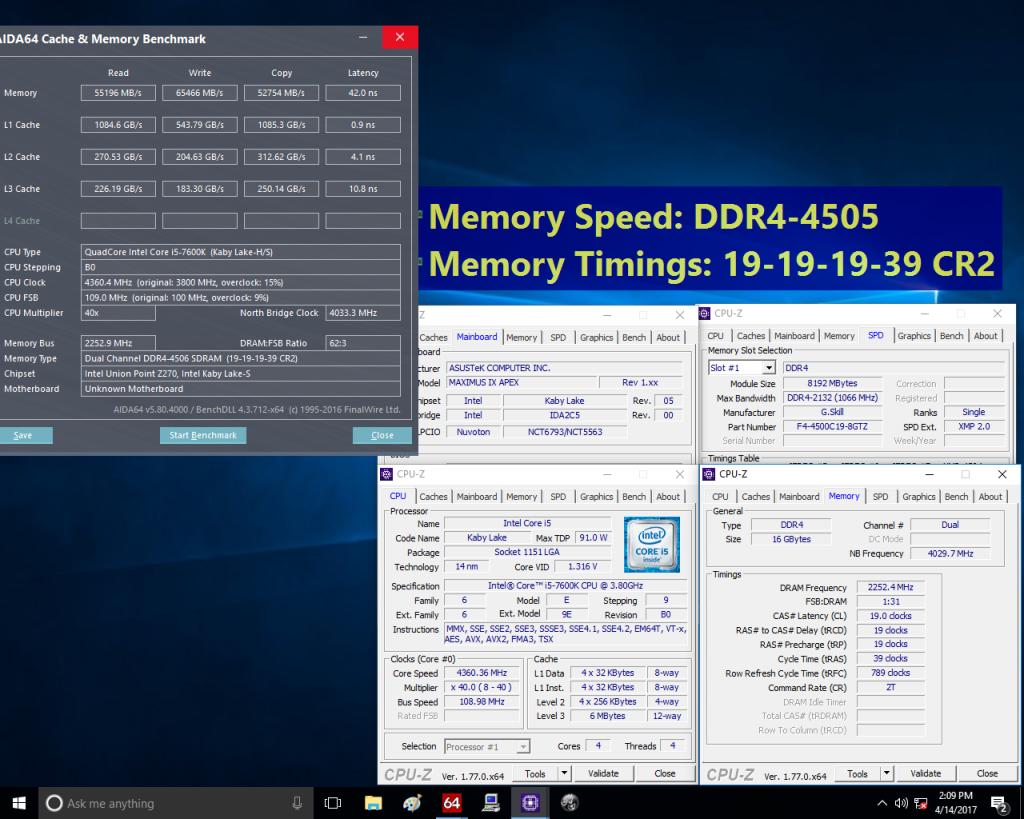 In a proof of concept, G.Skill benched its new memory on an ASUS ROG Maximus IX Apex motherboard with an Intel Core i5 7600K processor. Once successfully overclocked to 4500MHz, these modules were able to achieve bandwidth write speeds of 65GB per second in dual channel mode. It also managed 55GB/s read speeds and 52GB/s copy speeds. However, it is important to note that these overclocks aren’t guaranteed, not every Trident Z 4333MHz kit will be capable of hitting this speed while remaining stable.

Aside from the new 4333MHz 16GB (8GBx2) kit, G.Skill is also currently testing out a 4400MHz configuration, though stress testing has yet to be completed, so these modules won’t be ready for the market for a while.

G.Skill’s Trident Z DDR4 4333MHz kits should be available at retail quite soon. I have emailed our contacts to nail down specifics on pricing and availability dates.

KitGuru Says: I’m glad to see companies pushing the boundaries on memory speeds. Hopefully it won’t be too long for these higher speeds to become more commonplace. Are any of you guys running G.Skill in your system?

Previous Win a £3,000 Dual GPU GT83VR Laptop with MSI and OcUK!
Next This guy built his own iPhone using recycled parts from Chinese markets