According to Samsung, these new 10nm-class DRAM chips can support data rates up to 3200 Mbps, which is up from the 2400 Mbps rate supported on 20nm, all while using between 10 and 20 percent less power. 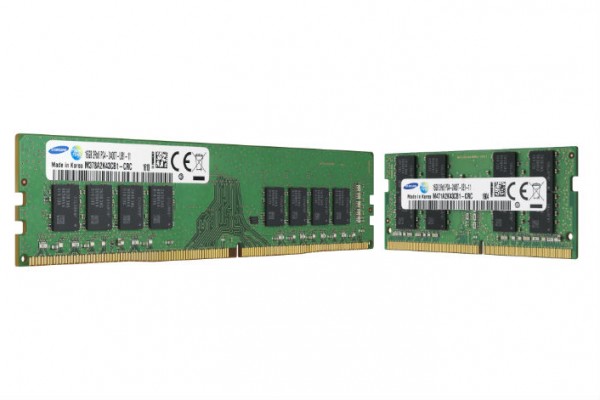 “Samsung’s 10nm-class DRAM will enable the highest level of investment efficiency in IT systems, thereby becoming a new growth engine for the global memory industry. In the near future, we will also launch next-generation 10nm-class mobile DRAM products with high densities to help mobile manufacturers develop even more innovative products that add to the convenience of mobile device users.”

As we go on throughout the year, Samsung will be introducing smaller 4GB modules for laptops and larger 128GB ones for servers. Samsung is also set to begin producing HBM2 this year, which we previously reported on.

KitGuru Says: Samsung has beat other memory makers to this punch thanks to its new process. It will be interesting to see just how well these new RAM modules perform compared to what is currently available.