When Intel updated its Core models with the Sandybridge refresh, it turned its back on highly affordable overclocking – leaving that segment exclusively to AMD. The advent of the Intel Pentium Anniversary Edition looks to bring back at least one of these low cost options to fight with AMD.

While the majority of the mainboard noise at Computex was focused on the significant Z97 market for mainstream Intel chips, Mike Yang from Asrock was busy showing the flexibility of his design team with the Z97 Anniversary boards – available in both ATX and Micro ATX.

Given that most of the Z97 boards sold will probably be around the £100 mark in the UK, how will Asrock be able to offer these for £60-75?

“We have taken away everything that is not absolutely essential”, Mike told us.

“This is a stripped down design, where cost saving was the key driver for my design team”, he explained.

Mike continued, “If it was not absolutely essential for the final design, then it comes out”.

“We've seen this done in the past with legacy options on mainboards, for example support for parallel printing or serial mouse ports”, said Mike. “Now we have applied the same logic to the Z97. It has been designed for 100% affordable overclocking”.

Early samples of the 20th anniversary processor are already yielding clocks close to 4.5GHz around the web and with an expected street price a little over £53, the combination of low cost, dual core chip and one of Asrock's stripped down Anniversary Edition Z97 boards could be tempting for those interested in Intel overclocking – but without the ~£300 normally necessary to start.

It is available in ATX and MicroATX form factors, as you can see here. 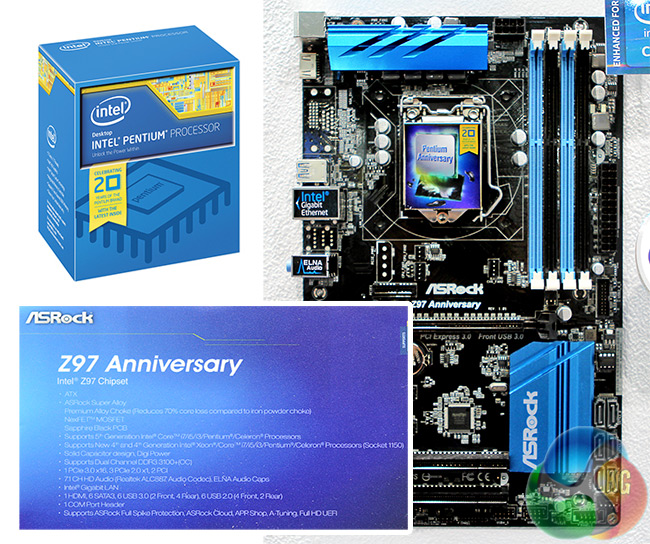 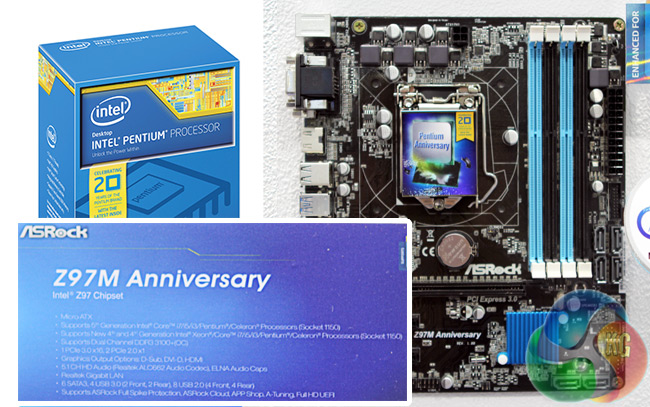 KitGuru says: It's easy to see why Intel locked off its processors from a business point of view – especially with the market's predictions for their sales figures over the next 5 years, but we still love the idea of taking a Core i3 530 to 4.4GHz and slapping the performance of a Copre i5-750 at stock. Asrock's Annniversary Edition mainboards promise a little of that flavour.