Accompanying Intel’s official 9th generation launch, third-party manufacturers have wasted no time in updating their flagship lines with the new Z390 chipset. ASUS fans in particular are being spoiled with 19 new motherboards to choose from across its ROG Maximus XI, ROG Strix, TUF Gaming, Prime and WS.

Once again, Intel has angled its new line of CPUs towards “content creation, heavy multitasking, and other demanding workloads,” demanding improved support for more cores/threads and higher clock speeds. Fortunately, ASUS has a “motherboard for everyone” with its diverse line-up, with the ROG Maximus range catering to enthusiasts, the ROG Strix models stripping back features for a more streamlined approach and the TUF Gaming line housing all of the necessities at a cheaper price point.

Prime and WS models exist outside of the gaming sphere, with the former headlining ASUS’ signature professional range, while the latter “sets the stage for serious workstations and prosumer builds.”

With seven different motherboards existing in the ROG Maximus XI range alone, it can be quite intimidating to know which one is the right one to choose. The Maximus XI Extreme leads the charge for “dream builds,” while the Formula and Code motherboards sport a more armour-heavy look. The Maximus XI Gene is a microATX board perfect for smaller builds, while the Hero “strikes the right balance in three different flavors.” 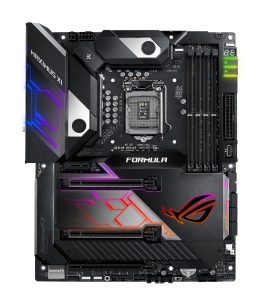 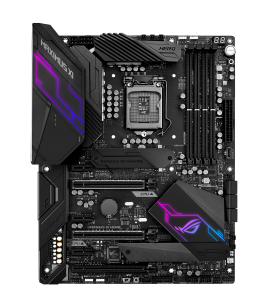 The ROG Strix Series is a little more affordable, while retaining the Republic of Gamers (ROG) quality gaming-focused brand. Although the Strix Z390-E, Z390-F, and Z390-H Gaming motherboards are all full-sized ATX, the Strix Z390-I Gaming is perfect for smaller systems being a Mini-ITX board. 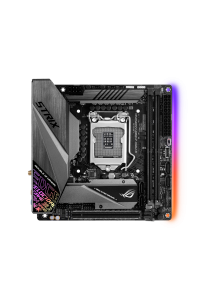 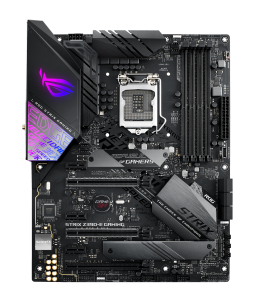 ASUS expanded on its TUF branding to combine “builder-friendly features with battlestation-ready themes,” offering a “growing collection” of additional hardware perfect for a uniform system. The TUF Z390-PRO Gaming and TUF Z390-PLUS Gaming are both ATX in size, while the TUF Z390M-PRO Gaming fills the smaller microATX market in both a standard and a WiFi-equipped version. 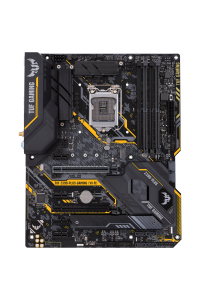 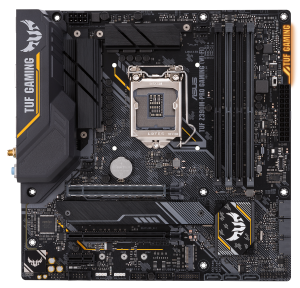 While inherently angled with a more business-like approach, the Prime and WS range of motherboards are still perfectly capable of gaming. “The WS Z390 PRO loads up on expansion capacity for Coffee Lake workstations, while the Prime Z390-A hits the sweet spot ASUS aficionados expect with each new generation.” 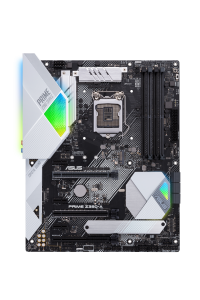 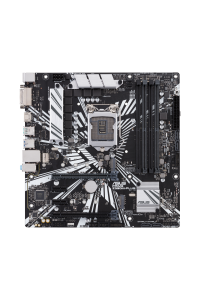 KitGuru Says: It might seem a little daunting to be offered so much choice right off the bat, but covering so much of the market means the end user shouldn’t have to pay out of pocket for features they won’t use. Will you be hopping on the 9th generation bandwagon any time soon? What motherboard appeals to you the most?

Previous Z390 Preview – hands-on with ALL the new motherboards!
Next Intel announces Core i9, Core i7, Core i5 9th Gen CPUs and a new 28-core Xeon