Deep inside the huge Nangang Exhibition centre at Computex 2014 in Taipei, one corner of one stand was drawing significantly less power than its neighbours this year. KitGuru wondered watt was going on. Joran Schoonderwoerd, MSI product guru, was on hand to help explain.

While the majority of the kit on show this year echoes familiar themes of wanton power and money-no-object performance, the folks at MSI have some new Z97 boards on show that aim to give visitors new insight into what’s possible on less power.

The demonstration is simple.

It puts a working, basic PC set up against a light bulb – with a similar power draw on both sides.

If you consider how much we all get done with a modern tablet PC (running off internal batteries), then it makes sense that a green system like this should be able to deliver a usable amount of what we like – at a fraction of the electrical cost for traditional systems.

While the system was on, it wasn’t doing much when we saw it – so you can’t expect to put ‘bulb power’ into the device and get ‘serious system’ performance – but it’s a good indicator of what might be possible if companies put their best engineers on the job.

MSI is presently deciding on whether to go with a black or white PCB. Here’s the baseline spec:- 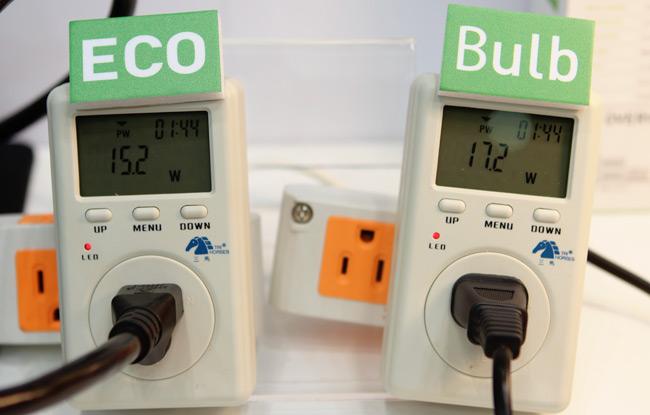 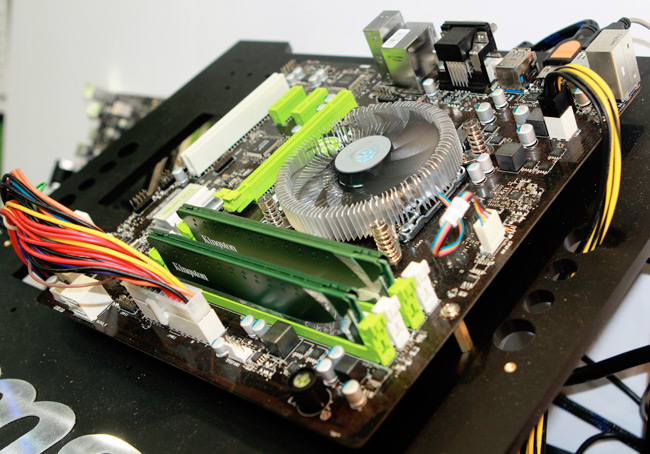 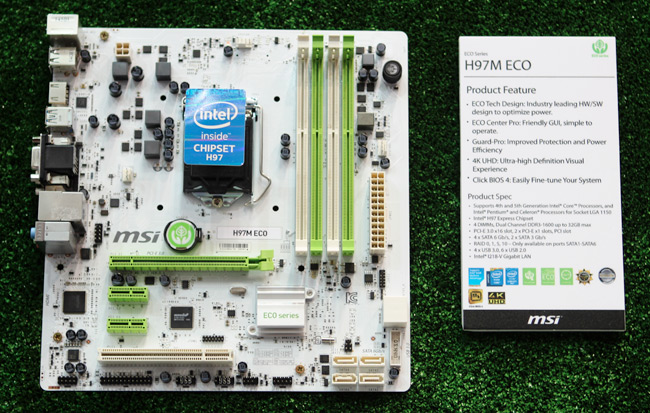 KitGuru says: More power to MSI. This kind of initiative needs to be followed up with significant investment.

Let us know whether green is important to you over on Facebook.

Previous Microsoft release PC drivers for Xbox One controller
Next Nvidia GeForce GTX Titan Z is finally available. But what about reviews?