Intel sparked controversy after they took the decision to lock their latest Sandy Bridge i3 chips so they can’t be overclocked.  But the AMD has a different philosophy and leaves the A8-3850 APU unlocked so we can squeeze a little extra performance from it.

As you can see we achieved a stable overclock of 3.51 GHz using an APU Frequency of 121 MHz and a multiplier of 29x.  The graphics multiplier is fixed at 6x so the GPU was clocked to 726 MHz.  To achieve these frequencies we increased the voltage by 0.5V to 1.45V.  We did manage to achieve slightly higher stable clock speeds but not without putting over 1.5V through the chip which may well be risky long term. We try to aim for safe long term 24/7 clock speeds. Memory speeds increased to 1978mhz. 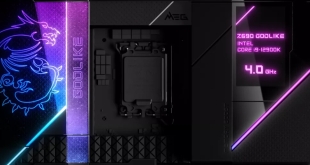