Gigabyte has introduced what might be the cheapest Z690 motherboard. The new Z690M DS3H DDR4 is the first Z690 board to lack PCIe 5.0 connectivity, offering PCIe 4.0 instead, as well as a barebones aesthetic to keep it budget-friendly.

According to Tom's Hardware, one of the key reasons behind high pricing for Z690 motherboards is the inclusion of PCIe 5.0 connectivity, as this requires additional PCB layers and higher quality materials. By opting for PCIe 4.0 instead, Gigabyte is able to keep costs down with the Z690M DS3H DDR4 by reverting to PCIe 4.0 and offering DDR4 support instead of DDR5. 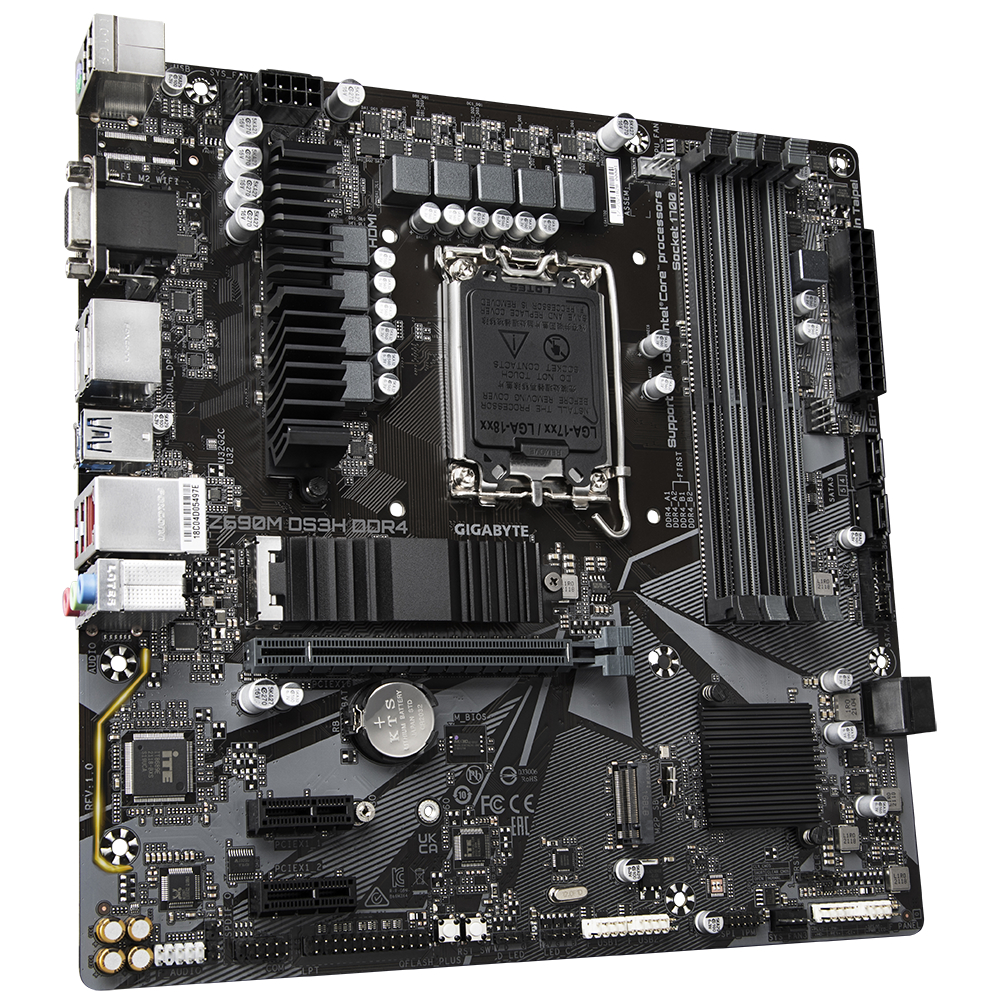 The absence of PCIe 5.0 connectivity might make this motherboard the first true budget-friendly Z690 motherboard. While pricing has not been announced, the power delivery system, lack of I/O shield. basic passive cooling and lack of RGB lighting point towards this being an entry-level motherboard.

KitGuru says: Would you consider a Z690 motherboard without PCIe 5.0 support? Do you think we'll see more PCIe 4 and DDR4 Z690 motherboards from other vendors to bring costs down?

Previous Cyberpunk 2077’s next major update on track for Q1 2022
Next Announcing the KitGuru Advent Calendar 2021!