MSI kicks off Season 2 of Pro Talk with Esport star

MSI has launched the second season of its Pro Talk web-show that talks to various high-profile individuals related to gaming hardware, with Mike ‘hastr0' Rufail, who's credits include being a pro-player in the earlier days of Call of Duty's Esports scene, as well as now managing Team EnVyUs. Hosted by Austin ‘The Capitalist' Walsh, the series will over the next few episodes meet up with overclocking pros and modders, to get the low down on various gaming hardware and their related fields of interest. 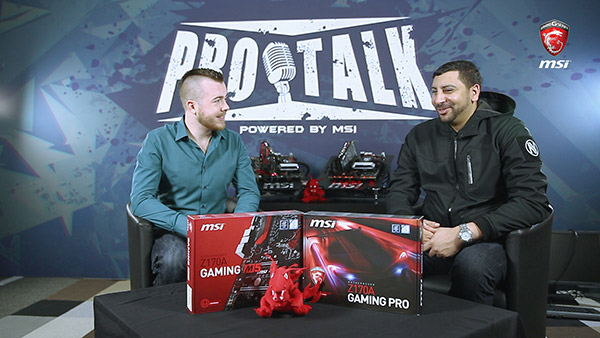 Although they discuss early on the trials and tribulations of Esports, one of the more interesting discussions in this episode revolves around a Team Union in the CSGO scene which EnVyUs is a part of. Although not an official union, this is seen as a step to bring players and developers together to try and make sure everyone is happy with the state of the games and that players aren't exploited by large corporations.

That's important, as with the average age of Esports players being rather young, they are ripe for exploit by much more savvy individuals. While not common place, extra protection against such actions hardly seems a bad thing.

There's also discussions of player unions too, which could give individuals within a team more of a say in how their team operates. This is something else that Rufail encourages and would like to see more Esports stars involved in.

KitGuru Says: There's also a giveaway that MSI is pushing with this new episode, so be sure to check out the description in the video for more details.