BeQuiet! are one of a handful of companies who continually release the highest grade products, their fans for instance are arguably the best on the market. Today we are looking at the upcoming Dark Power Pro P10 550w power supply which will hit a sweet spot around £100 when it reaches the United Kingdom in a few weeks time.

The new P10 range are Platinum and Gold certified to deliver maximum efficiency.

BeQuiet! have experienced a high level of success with the Dark Pro power supplies in the past. The company are actually classified as the best selling manufacturer of power supplies in Germany, six years running, according to market data from GfK.

BeQuiet! have always had a primary focus on keeping the noise emissions as low as possible. The latest P10 designs use a new power conversion topology which delivers 80 Plus Platinum and Gold certification, currently the highest standard for efficiency.

All these supplies are ErP 2013 ready meaning the standby power drain should be below 0.3 watts.

They are releasing six Dark Power Pro P10 supplies between 550 Watts and 1200 Watts.

The new P10 range of power supplies also feature an ‘overclocking switch' which allows the user to change between a single and quad rail configuration. BeQuiet! are using a large 135mm SilentWings 2 fan in the new range. This is a custom made fluid dynamic bearing model with a 300,000 hour lifespan. 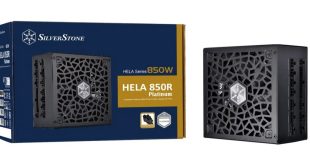 Recently, Nvidia announced the RTX 4090 and RTX 4080 graphics cards, complete with a new …