Kioxia is hard at work on the future of NVMe SSD technology, introducing a new form-factor. In the latest demonstration, Kioxia began opening up about its new E3.S SSD form factor, which targets PCIe 5.0 and beyond while enabling higher density and performance compared to what is currently on the market.

Kioxia said that the “E3.S specification allows for size, power and capacity options, all with a common connector”. The Japanese SSD manufacturer also said that the new form factor offers “improved performance, cooling and flexibility over other form factors.” Kioxia's E3.S standard is expected to be used mainly in cloud servers and enterprise data centres. 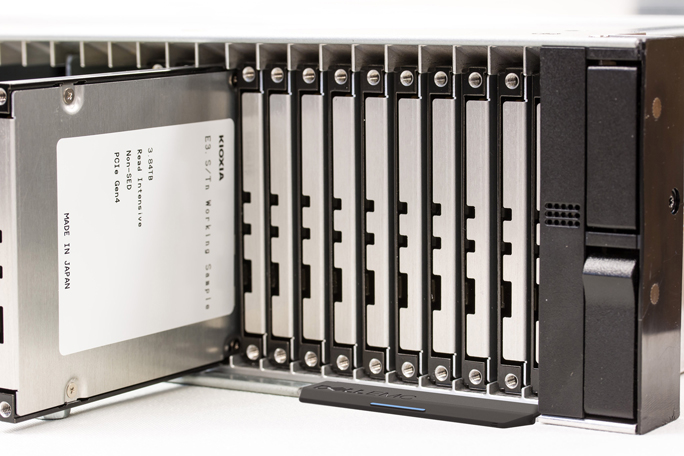 Additional information about Kioxia's new form format for SSDs can be found HERE.

Kitguru says: There's still a long list of unknowns for the E3.S form factor but so far, things are looking promising. Hopefully more news will come later on in the year.