Gigabyte pushes into the storage market with two SATA SSDs

Gigabyte is already well established in the motherboard and graphics card markets, making its latest expansion into the storage market a logical progression. Its first selection of UD Pro solid state drives will be available in 256GB and 512GB variants, with durability as the company’s primary focus over speed. 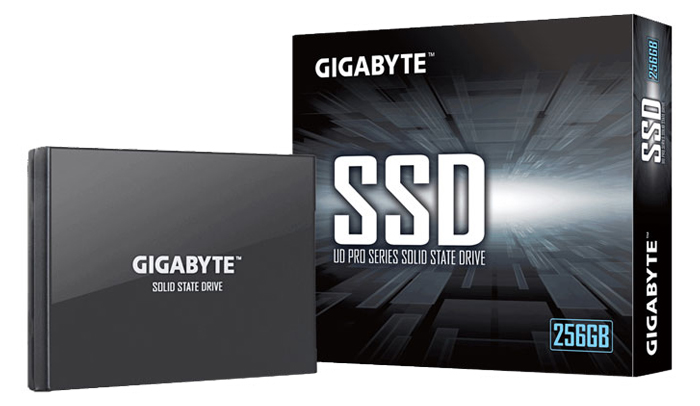 It seems that Gigabyte is playing it safe with the introduction of two 2.5” SATA drives rather than opting for the newer M.2 form factor, with Jackson Hsu explaining that “SATA interface SSDs are mainstream and have a considerable development history.”

UK pricing has yet to be confirmed, however the 256GB model will set US buyers back by $68.99, while the 512GB variant pushes the cost up to $119.99. Set for launch later this week, both models come with a three-year or 200 terabytes written (TBW) warranty, whichever comes first.

KitGuru Says: While I tend not to push brand loyalty, instead favouring the best products out there based off their own merit, Gigabyte has managed to impress me time and time again. If the company does push into the M.2 market, sign me up. Are you interested in Gigabyte’s new SSDs?