Megatron would be proud. While mere mortals scratch around trying to make 60/120GB SSD drives last for the lifetime of their system, those armed with 240GB and above have managed to look suitably smug. Until now. KitGuru pulls out the trusty abacus to see exactly how many NAND gates have been included in this offer.

Crucial is one of those rare companies that actually makes the products it sells.

We're not saying that being a manufacturer is better than being a brand, it can give you serious advantages when it comes to delivering the latest/greatest/cheapest products in town.

Samsung recently announced a series of killer SSD products, weighing in at 400/800/1600GB – with the ability to move 500Gb of data, from here to there, in less than 3 minutes. And we were suitably impressed. But the pricing on something like that tends to keep it in the ‘supercar/unobtainable' space. But getting close to 1TB of SSD for less than £450?  Now THAT is a seriously accessible offer.

.
KitGuru says: We knew it was coming, we just didn't know when. While Windows 8 was a complete flop and Haswell is only just starting to glow, the idea of a wave of affordable SSD products in the PLUS 500GB space is enough to make any tech-lover go moist. 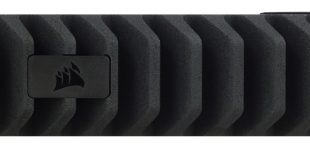