Formally known as Toshiba Memory, KIOXIA America, the U.S based subsidiary of the KIOXIA Corporation has announced its range of PCIe 4.0 NVMe enterprise SSDs has achieved PCI-SIG compliance for PCIe 4.0 specification, along with University of Hampshire InterOperability Lab (UNH-IOL) certification.

KIOXIA America is planning to be on hand at Supercomputing 2019 later in November, to showcase its new PCIe 4.0 compliant CM6 series SSDs after they passed interoperability tests at the August 2019 PCI-SIG Compliance Workshop. KIOXIA was the first company to publicly demonstrate PCIe 4.0 SSDs and continues to push the limit of flash storage performance.

The CM6 series from KIOXIA plans to offer performance gains of over 3 x that of previous PCIe 3.0 devices, along with 12 x faster performance than SATA SSD drives. In addition to the CM6, KIOXIA’s range of CD6 PCIe 4.0 SSDs is targeted at cloud and out-scale environments. 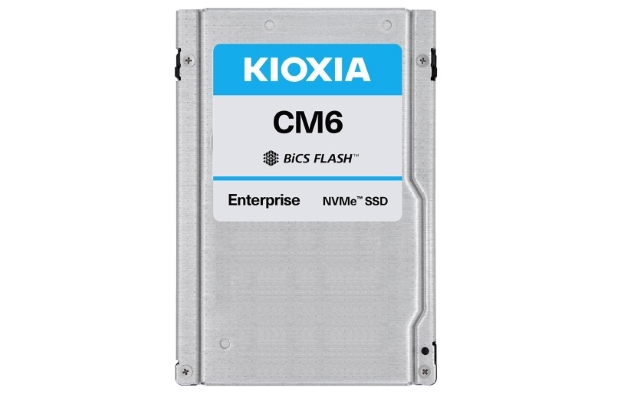 Earlier this month KIOXIA was at Microsoft Ignite and demonstrated the CM6 series running in a Microsoft Azure HCI platform where it enabled 2 x performance gains over previous PCIe 3.0 solutions on the Azure platform.

“We were able to show that our CM6 Series SSDs are capable of pushing SSD sequential read performance to over 55 gigabytes per second (GB/s) across eight drives – nearly 7 GB/s per SSD – and we're not done yet. KIOXIA will continue to push the performance envelope for our customers,” noted Alvaro Toledo, vice president of SSD marketing and product planning for KIOXIA America, Inc.

KitGuru says: The addition of PCIe 4.0 specification is commonplace now. Not only in desktop systems on AMD's X570 platform but in other areas such as enterprise systems, cloud and supercomputing which provides a huge boost in performance and reduces production times.